What Traditional Banks Can Learn from Bitcoin 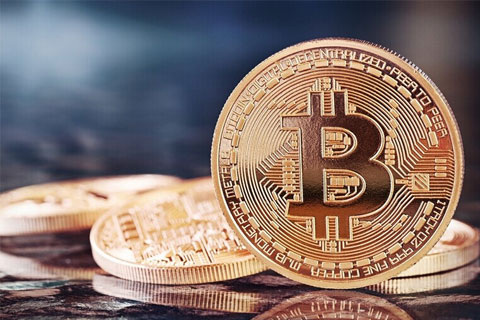 Technology can disrupt everything, including money.

Money has three attributes – as a means of payment, an accounting unit and a store of value. Because it is used as a medium of exchange, money can be anything that is commonly accepted by willing buyers and sellers in fulfilment of a contract. Money therefore can either be a physical good, such as a token, or gold, or even a promissory note that is an acknowledgement of debt.

The problem with money is that it can be faked or devalued, which is why laws were put in place to legally protect fiat money, or money that is officially minted by the state. Indeed, when the central bank was designated the issuer of money, in almost all countries, it was legally stated that the central bank was the only institution allowed to issue "final money," used to settle all legal debts, especially between banks.

There is a difference between legal money and illegal money. Computer experts interested in exchanging good and services with each other discovered the value of digital currency, or what is commonly known as Bitcoin. In technical terms, "Bitcoin is digital money, created in an opensource system where no one owns or controls Bitcoin and everyone is able to transact Bitcoin." Specifically, Bitcoin operates with no central authority or banks. Managing transactions and the issuing of bitcoins is carried out collectively by the network.

Although this digital currency got notoriety because of the mystery behind who invented Bitcoin (reputedly a Japanese national called Satoshi Nakamoto, now suspected to be a pseudonym for inventors who wanted to be anonymous), as well as its use by criminals and terrorists for fund transfers – the underlying principles behind cybercurrency are quite sound.

Think about a fund transfer as moving money or value from one wallet to another. There are three defects in such transfers. First, the identities of the receiver, the intermediary and the sender could be compromised or falsified and the funds could be illegally transferred. Next, the value of the funds being transferred could be tampered with, so that some amounts are stolen. Third, the whole system can go down and the value wiped out.

No system is foolproof, but trusted intermediaries and banks are used because there are ways and means to tackle all three defects. You can use digital signatures to verify that the sender is genuine, but these can also be hacked. To ensure that banks and central banks can transact these funds, the intermediaries are either supervised or regulated and empowered by law. If however, the system is hacked and false information is given, even fund transfers through central banks could be diverted or stolen, as recently seen in a case involving Bangladesh Bank.

Bitcoin is a distributed system, because of a concept called the blockchain – the technology used for verifying and recording transactions that's at the heart of bitcoin. Think about a blockchain as a digital wallet full of digital checks or cryptographic keys that control or ensure the value inside the wallet. When the payer instructs the wallet to pay to another party, the computer validates the transaction and adds it to a ledger or accounts book, which has many copies distributed across the peer-to-peer network, hence the name, distributed ledger.

This system means that you are not transferring value across the ledger of a licensed bank or central bank. You simply do not know which institution has handled the transaction under bitcoin, only that the information is checked and rechecked to ensure the payer, payee and value are digitally secure.

Bitcoin is not a liability of a licensed bank or central bank. What is transferred is the digital code that represents the value that the payer wants transferred to the payee. What unlocks value are the digital signatures used to check the validity of the receiver.

Blockchain technology can work either with bitcoin or for normal commercial bank money. In other words, banks and central banks have woken up to the fact that they can utilize blockchain technology to improve their services, enhance security and improve efficiency. A secure digital system is preferred to the current paper-based system which is costly. It typically costs a bank US$ 1 per paper-based transaction. The cost of a fully digitized transaction may be 1 cent per transaction or less.

Although Chinese banks have scale, which reduces their costs, there are still problems of fraud and inefficiency arising from the reliance on paper-based transactions, which require both human labor and real estate to operate. By switching to blockchain technology and digitization of payments and value storage, banks would be able to provider faster, more secure services and lower costs for themselves and their customers.

Central banks know that the amount of issued legal currency notes and coins are already being eroded by the rise of digital currency. Strangely enough, given very low interest rates, more consumers are simply using cash or digital currency wallets on their mobile phones. So even central bank money can be disrupted.

Such innovations should be welcomed and not banned, as they help the Chinese market innovate through new forms of transactions and delivery mechanisms.

A distinguished fellow of the Asia Global Institute at the University of Hong Kong and a former chairman of the Hong Kong Securities and Futures Commission.