By An Limin and Chen Na 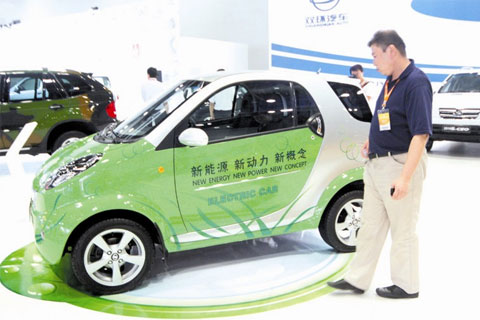 (Beijing) – Beijing is mulling a new incentive scheme for electric vehicle (EV) production to replace existing subsidies that have encouraged the design and manufacture of mediocre products, as experts cautioned that stronger supervision is needed to discourage more unscrupulous activity.

Emerging Chinese industries often go through boom-bust cycles, as companies rush to make products in areas where they have little or no experience, often to help meet central government targets. Such cycles often result in massive oversupply, as the market gets flooded with mediocre products that nobody wants.

China's EV industry has experienced such a rapid build-up, and Beijing is now trying to put the sector on solid footing by creating more targeted incentives that will reward true innovators and designers of quality products.

The National Development and Reform Commission (NDRC), the country's top economic planner, is considering a new system that would award EV makers credits which they can trade between each other, according to a document carrying the department's stamp that has circulated online since the beginning of this month.

Cai Yu, a vice director of the NDRC's office in Shenzhen, confirmed the authenticity of the document on August 21.

The new scheme would require car manufacturers to produce a certain percentage of electric or hybrid cars each year among their total output. Manufacturers would receive credits once they completed their quotas, and can sell excess credits to other companies that don't meet the requirements.

The system is modeled after the Zero Emission Vehicle (ZEV) program used by the state government of California in the United States since 1990, analysts said.

However, a person close to the policymaker warned that the government should strengthen regulation to prevent carmakers from taking advantage of the system. Government investigations have discovered that some companies claimed to produce electric cars in order to get lucrative government incentives and other subsidies. But in some cases it was later discovered that no production was actually taking place.

The NDRC will need at least six months and up to a year to flesh out details for the new incentive plan, the government source said.