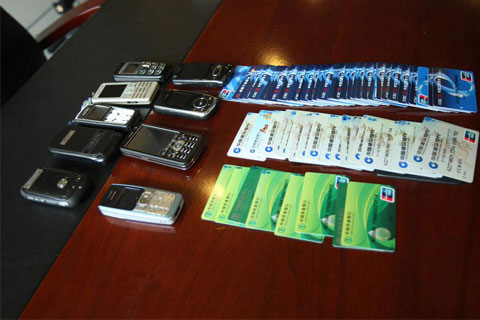 (Beijing) – The death of a rural schoolgirl from heart failure after she was swindled out of 9,900 yuan by a fraudster claiming to be a financial aid official at the local education bureau, has shed light on a widespread form of phone scamming targeting students and raised questions about lapses in safeguarding private information.

Xu Yuyu, 19, was enrolled as an incoming freshman at Nanjing University of Posts and Telecommunications. Her family had pinched and scraped together 10,000 yuan for her first semester tuition and expenses, and Xu had applied for a grant reserved for underprivileged students at the local education bureau in Linyi, in the eastern province of Shandong, on August 17, her father Xu Lianbin told Caixin.

Xu had received a call the following day from education authorities, informing her that the grant money would be available in a few days, the father said.

So she had no reason to be suspicious when she received another call from an unknown number on August 19, telling her to withdraw 2,600 yuan in grant money from any ATM before the end of the day.

After several failed attempts to withdraw the funds, Xu had called the alleged official, who had then asked whether she possessed any other bank card and instructed her to try again, according to her father. Xu had mentioned to the fraudster that she had another account in which she had just deposited the 10,000 yuan tuition money.

Then she was told to withdraw 9,900 yuan to "activate her card" and was then persuaded to transfer this sum to a third-party account held by the swindler, who promised to refund it along with the aid money within half an hour, she had later told her father.

When Xu attempted to reach the caller after the promised transfer didn't come through, she found the phone was switched off, the father said.

She had immediately run to the police station with her father to report the incident and had fallen unconscious on her way back. Upon being rushed to the hospital, it was discovered that Xu had suffered from a sudden cardiac arrest and she died two days later, on August 21.

After learning of her death, several of her classmates said they had received similar scam calls from conmen pretending to be financial aid officials from local education bureaus, Beijing News report.

"Was our private information leaked or how did the scammer know that Xu Yuyu had applied for a student grant?" her classmates asked in their QQ messaging group. They had allowed Beijing News to access the chats on their private instant messaging group. Officials are investigating whether scammers had known about Xu's request for financial support and other similar cases due to an information leak.

Her death has sparked a public outcry over failure to enforce laws to protect private information and the lack of oversight on certain types of telecom services that has led to widespread phone scams.

Two telecom sector employees, who wished to remain anonymous, told Caixin that the number used by the scammer to call Xu was registered with a mobile virtual network operator called YuanTel in Beijing.

Although the law requires these telecom service providers to verify the identity information when issuing subscriptions many failed to do so, attracting phone scammers, the sources said.

The Ministry of Industry and Information Technology (MIIT) opened up the telecom industry to virtual network operators in 2013. By the end of June, dozens of operators had signed up over 30 million users or 2.3 percent of all mobile network subscribers in the country.

An investigation by the Internet security unit of MIIT in July found that over one third of retailors linked to virtual network operators flouted government rules for real name registration.

Nie Jiaxing, head of marketing at YuanTel, told Caixin that the number used by the scammers was issued by the company, but identity information was checked when registering the user. But, another YuanTel employee, who asked not to be named, said phone scammers often used faked IDs that were widely available.

Beijing and Shandong police are investigating the case.