Alibaba Unit To Get Minority Stake in Hollywood Studio 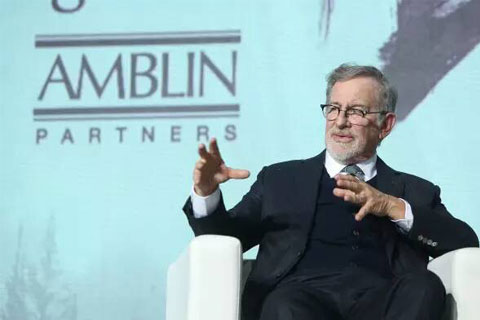 (Beijing) — Alibaba's movie production unit is teaming up with a Hollywood production studio chaired by Steven Spielberg to co-produce and finance films — the latest U.S.-China partnership to make a foray into the world's second-largest movie market.

Under the deal, Alibaba Pictures Group will acquire a minority share in Amblin Partners and become the Hollywood film studio's first Chinese investor, the two companies said in a joint statement on Sunday, without disclosing the amount of the investment.

They will also collaborate on the marketing, distribution and merchandising of Amblin Partner films in China, the statement said.

"Among Chinese consumers, there is an increasing demand for premium global content," the statement quoted Alibaba Chairman Jack Ma as saying at a news conference. "I believe this collaboration can serve as a cultural bridge and have a positive impact on the next generation of Chinese consumers."

The e-commerce giant has been splurging on China's booming movie industry where the box office has grown at a breakneck pace. In August, Alibaba Pictures invested 100 million yuan ($15 million) in a movie theater operator in the eastern city of Hangzhou. It also invested in Paramount Pictures' most recent Mission: Impossible movie and helped promote the movie in China last year.