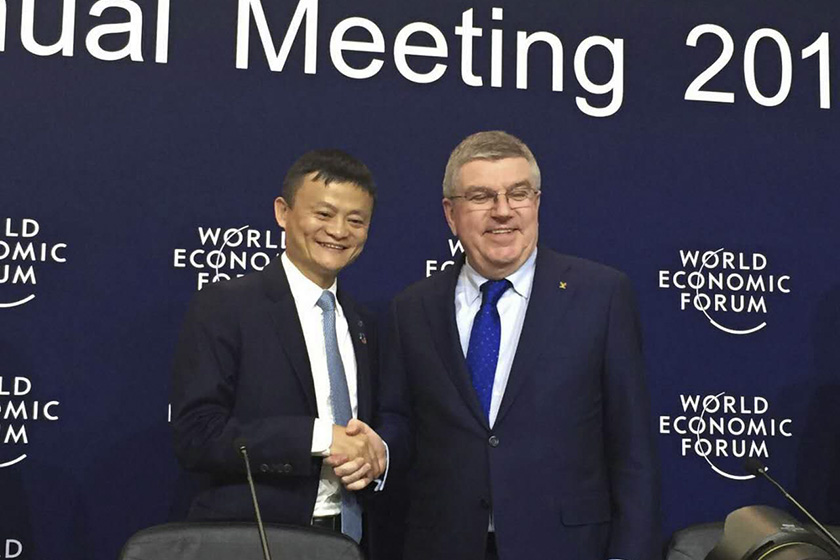 Under the agreement running through 2028, Alibaba joins 12 other multinationals such as Coca-Cola and McDonald’s as global Olympic sponsors, according to a joint announcement made on the sidelines of the World Economic Forum in Davos, Switzerland. No financial details were provided.

Alibaba will also become a founding partner of the Olympic Channel, an Internet television service operated by the IOC.

According to Thomas Bach, president of the IOC, Alibaba will provide cloud computing infrastructure and cloud services to the Olympic Games, including supporting big-data analytics. It will also create a global e-commerce platform for official merchandise, as well as develop and customize the Olympic Channel for a Chinese audience.

Alibaba is the first company to make a partnership commitment to the IOC through 2028, according to Jack Ma, founder and chairman of Alibaba. PC maker Lenovo Group was the only Chinese company to become a top-tier global Olympic partner during the 2008 Beijing games.

“This is a ground-breaking, innovative alliance, and will help drive efficiencies in the organization of the Olympic Games through 2028, while also supporting the global development of digital opportunities including the Olympic Channel,” Bach said.

At the Davos press conference, Ma was asked about counterfeit products selling on Alibaba’s platforms. In December, the company was blacklisted by the U.S. Office of the Trade Representative for peddling fake merchandise.

Bach said he is “confident” of Alibaba’s efforts.

As the first Chinese entrepreneur to meet with U.S. President-elect Donald Trump, Ma pledged last week to create 1 million jobs by promoting U.S. companies in his online malls. Ma said at Davos that he is “serious” about the pledge and said the meeting was “very productive.”

As Chinese companies expand abroad, Ma said in response to a question that he is interested not in making acquisitions but in forging partnerships.

“The difference between Alibaba and other Chinese companies in going global is we are always looking for partnerships,” Ma said.

In its most recent financial release, Alibaba reported that quarterly revenue from July through September rose 55% from a year earlier to 34.3 billion yuan, including 28.5 billion yuan from e-commerce.