By Liu Xiaojing and Han Wei 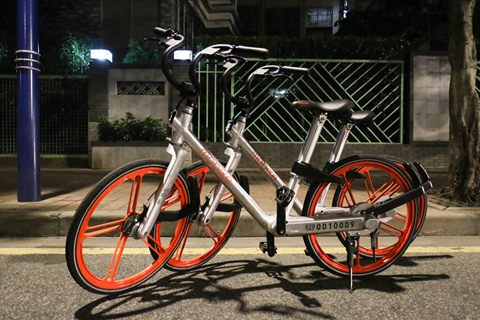 Wang Xiaofeng, founder and CEO of Mobike, told Caixin on Thursday that his firm had secured investments from Tencent Holdings Ltd. and U.S. private equity firms Warburg Pincus and Sequoia Capital. Bloomberg News had earlier reported that Mobike had raised $100 million in its third round of funding that ended Sept. 30. Asian-focused Hillhouse Capital Group was the largest investor in the latest round, two investors with knowledge of the matter said

Internet companies and venture capitalists are rushing for stakes in the fledgling companies and their apps because biking is back in vogue, especially on campuses and among busy commuters rushing to and from the metro station to work, an analyst said. Wei Zhen, president of Warburg Pincus China, said the company saw huge untapped potential in this "last-mile, short-distance trip market" in Chinese cities. Currently, drivers of unregulated motorbikes and motorized rickshaws offer rides to commuters during rush hour.

The 2-year-old Beijing-based Ofo, which started as a student project at Peking University, said it offers over 500,000 rides a day and is valued at $500 million. On Sept. 26, Didi Chuxing, China's biggest automobile-ride-sharing company, said it was investing "tens of millions of U.S. dollars" into Ofo, and was exploring whether to include the services of Ofo's 70,000 bikes, available in 20 cities, in its popular ride-hailing app.

Mao Shengbo, partner of Panda Capital, said rival Mobike, a company in its portfolio, had the potential to reach a value of $1 billion.

Wang, who quit his position as general manager of Uber Shanghai to set up Mobike in 2015, said the company had also attracted China-based investors Joy Capital and Sinovation Ventures, the latter headed by former Google China President Kai-Fu Lee.

Unlike government-run bike rental services, which usually require users to register at a state office and return bikes to designated stations, bike-sharing apps use GPS software and other tools to allow users to find bikes closest to them and leave them anywhere after use.

For example, Mobike, which recently expanded its services to Beijing and Guangzhou, allows users to unlock bikes by scanning a QR code using its smartphone app.