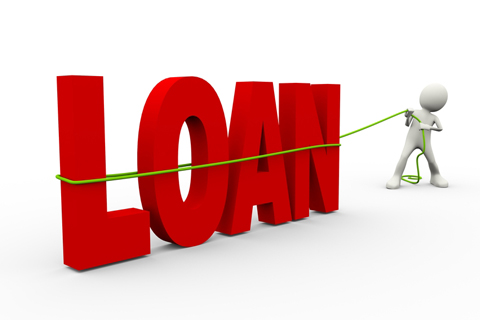 (Beijing) — China has released a new policy that aims to accelerate the disposal of bad loans to businesses by getting rid of "zombie enterprises" and facilitating the transfer of bad loans in general to asset management companies (AMCs).

The move reflects a new urgency to resolve the bad-debt problem that looms over the nation's banks.

The document requires zombie enterprises — heavily indebted companies that have no meaningful operations and are kept afloat through local government protection — to go bankrupt quickly and have their assets liquidated. Banks were told to write off loans to those bankrupt borrowers, including loans made through bonds, according to a source close to the government agencies that issued the policy.

"This requirement sounds like an emergency," the source said. "The policymakers will not tolerate half-dead enterprises dragging on, and this indicates to some extent that the pressure has been huge in dealing with bad bank loans."

Zombie enterprises are usually state-owned enterprises (SOEs) controlled by local governments in sectors such as coal mining and steel manufacturing that must trim their excess output capacity. Beijing made it clear that such enterprises should not be saved when it recently launched a nationwide debt-to-equity swap program to reduce the corporate leverage ratio, which has climbed to an alarming level of about 160% of the country's gross domestic product.

Writing off loans for which there is no chance of recovery can "help temporarily relieve the pressure on banks" because it will reduce the amount of their non-performing loans, a senior bank executive familiar with the situation said. "It will also allow the delinquent enterprises to be better positioned for a rebirth by getting rid of high financing costs," the executive said.

The policy will likely be followed by measures that ensure local governments enforce regulations and banks take a bath when necessary, the bank executive said. Creditors' refusing to accept losses has been the most common reason why many debt-ridden SOEs' restructuring plans have repeatedly failed, he said. For the policy to work, this must stop, the executive said.

Urging hopeless enterprises to go bankrupt is one of the three major differences between this policy and a previous one released in 2012 that also addressed the disposal of non-performing bank loans, according to the source close to the government.

Compared with the old regulations, the new ones relax rules to facilitate bad-loan transfers from banks to asset management companies, and they clarify an earlier announcement by the banking regulator that let local governments set up more AMCs and dispose of acquired assets through more channels, according to the source.

The Ministry of Finance and the China Banking Regulatory Commission (CBRC) jointly released the new regulations recently to their local branches, banks and all asset management companies.

Banks can now transfer to AMCs through wholesale deals of bad loans owed by as few as three companies. Under previous rules, they had to wait until a package could be put together that included loans to at least 10 companies.

The change will speed up "the wholesale transfers of bad loans" because it makes it easier for banks to do so, a lawyer specializing in the banking sector said.

But there are concerns that local AMCs may not be prepared at all to absorb large amounts of debt quickly, unlike the four national AMCs established in 1999, which took a combined 1.4 trillion yuan ($207 billion) worth of bad loans off the books of the country's big lenders.

"Local AMCs know nothing but reselling what they acquire" when it comes to bad-loan disposal, the bank source said. They lack the expertise, he said, because "they're stuffed with mostly government bureaucrats, not financial professionals."

As of August, 27 local governments have established their own AMCs. More are expected to be created since the CBRC has raised the ceiling this month to two AMCs for each local government.