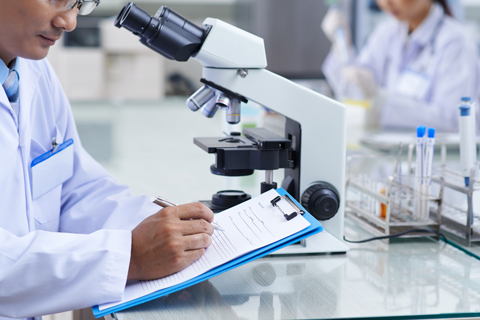 Editors of a U.S.-based anti-plagiarism blog, Plagiarism Watch, made the allegations last month.

Shen, who works under a pseudonym, claims that falsification and plagiarism in academic-paper writing in China — particularly in the field of medicine — is rampant, and that he had personally penned more than 30 papers for Chinese academics that have appeared in international journals.

"Chinese companies providing ghostwriting services are likely behind the questionable articles exposed by Plagiarism Watch because it is so common for them to use plagiarized and falsified materials to write academic papers on behalf of Chinese authors," Shen said.

Plagiarism Watch said in a Sept. 20 post that the papers in question came to light after an anonymous commentator first blew the whistle on one Chinese-authored paper published in May in the Brazilian journal Genetics and Molecular Research. After Plagiarism Watch editors screened the paper with the anti-plagiarism software iPlagiarism, they discovered that the paper shared a substantial similarity to a number of other Chinese-authored papers published in several other international journals.

The paper, Decreased miR-452 Expression in Human Colorectal Cancer and its Tumor Suppressive Function, was presented by a group of authors at the China-Japan Friendship Hospital in Beijing, according to Lindsey Wayne, an editor at Plagiarism Watch. Further investigations by the blog's editors found that the first Chinese-authored paper — and many subsequent papers presented by other Chinese authors and published in the same issue of the Brazilian publication — shared similar diagrams, indicating possible plagiarism.

The agency cited at least 11 questionable papers from Chinese authors from eight top Chinese hospitals, including the China-Japan Friendship Hospital in Beijing, and another affiliated with the elite Shandong University in the eastern city of Jinan.

Two-thirds of the 2,500-plus papers published in the Brazilian journal included in the Science Citation Index (SCI) last year were presented by Chinese authors, despite the fact the publication had an "impact factor" as low as 0.764, PW said. This has led PW editors to believe that the journal has been involved in predatory publishing practices.

"Can we conclude, then, that this journal or publisher is predatory in targeting Chinese authors? Your answer must be 'yes,'" Wayne wrote in the blog.

The impact factor is a gauge of credibility of a publication based on calculating the frequency a work is cited in academic research over a given period of time. The higher a journal's impact factor is, the more credible and authoritative it is rated. Those with an impact factor of 3 and above are widely accepted as credible publications around the world.

Shen believes some international journals are able to take advantage of Chinese authors because of the authors' desire to gain international exposure as they try to advance their careers.

Dingxiangyuan, a Chinese online portal providing medical information, surveyed more than 1,900 doctors in 2015 and found that more than 80% of those who applied for head physician or surgeon positions were required to have published two to five papers in international journals indexed in the SCI, which is compiled by Thomson Reuters.

In some cases, medical experts were required to have published articles in medical journals with an "impact factor" of at least 3, the survey found.

The study found that 6.6% of respondents said they had hired ghostwriters to draft their papers, and 9.7% said that they managed to have their names published on papers to which they had made no contribution in order to gain a promotion.

Another 38.5% of respondents said they had not resorted to such practices in the past, but would consider doing so in the future.

One doctor who asked not to be named told Caixin: "Everyone has to work hard, and we have little time to access resources such as laboratories to do research. How can we possibly come up with papers of our own in a journal with an impact-factor rating of 1, let alone 3?"

A doctor at the Chinese Academy of Medical Sciences' Fuwai Hospital in Beijing told Caixin that a highly revered senior surgeon failed to be promoted to head surgeon simply because he hadn't had any academic papers published in international journals.

In fact, so many medical personnel have sought help from ghostwriters that it has helped spawn a multibillion-yuan industry in underground academic writing, according to Shen, who holds a doctorate in biology.

Three types of companies operate in this gray market for ghostwriting in China, he said.

Some firms operate as "paper mills" that hire ghostwriters to churn out academic papers for a fee. Plagiarized materials are widely used in these. Some, like the one Shen works for, even have in-house laboratories and R&D departments to support their writers.

Another group of companies specialize in offering translation and editing services, and will approach potential publishers on behalf of their authors.

An employee handling customer services at Nanjing Dehengwen Biotechnology, a biotech firm that also offers ghostwriting services, told Caixin that the company charges at least 110,000 yuan ($16,200) for an academic paper it helps write and get published in an international journal with an impact-factor rating of at least 3. A paper that it ghostwrites and appears in a journal with an impact-factor rating of 2 to 3 costs 80,000 yuan.

This fee includes expenses for laboratory tests and payments to ghostwriters, as well as a written guarantee that a paper will be published within a year, Shen said. Authors also then need to pay a fee of 2,000 to 8,000 yuan to the publisher.

Colorado University associate professor Jeffrey Beall, who has been studying academic misconduct since 2009, told Caixin that many predatory journals that do not run peer reviews on papers they publish — but instead fake the process to reach out to more authors — have turned their publications into cash cows.

In a recent blog entry, professor Xu Peiyang at the Chinese Academy of Medical Sciences' Institute of Medical Information, wrote that the journal Genetics and Molecular Research had published 3,646 Chinese-authored papers, accounting for 55% of all the papers it had produced since its launch in 2002.

Most of the papers from Chinese authors were published after 2007, he added.

The publishers of the Brazilian journal said in a statement in its October edition that it had retracted seven Chinese-authored papers it published in 2015 and 2016, including two that Plagiarism Watch accused of plagiarism and falsification of peer reviews. However, the publication did not comment on whether it was involved in any predatory practices.

A spokesperson for Thomson Reuters, which owns the SCI and Impact Factor systems, told the official Xinhua News Agency that it is looking into the allegations, and journals that condoned plagiarism and falsification will be barred from the company's system.

In 2014, China ranked second in the world with 31,040 papers on clinical research published in journals cited in the SCI, and sixth in the world with 11,597 papers published on medical science, according to a 2015 report from the Institute of Scientific and Technical Information of China based in Beijing.

However, research papers from Chinese authors have been under intense scrutiny after a series of mass retractions over accusations of plagiarism and falsification in recent years.

German publisher Springer announced in August 2015 it had pulled 64 academic papers, including 61 presented by authors from China, over the same allegations.

Xu from the Institute of Medical Information said that irregularities in the writing of research papers and publications implicating Chinese authors could do substantial damage to the process of academic documentation.

In an online post, Plagiarism Watch urged the Chinese government, institutions and researchers to all be "more responsible and serious, in order to prevent and remove plagiarism in scientific papers going forward."

Amid the negative publicity surrounding medical research papers from China, the National Health and Family Planning Commission said earlier this month it will reduce the importance of research papers in the appraisal process for doctors working in clinical medicine.

"Even in the basic science of medicine research, there should be an appraisal system which values quality more than quantity, such as the number of citations," the commission said in an Oct. 12 document promoting medical innovation.