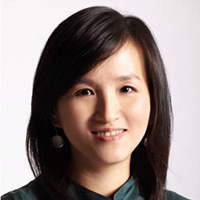 Domestic markets have been rattled by news that the People's Bank of China plans to include banks' off-balance-sheet wealth management products into a measure it calls "broad credit," which is used to assess their capital adequacy. This is one of a range of indicators in a new Macroprudential Assessment system, which is part of the central bank's macroprudential policy framework aimed at maintaining financial stability.

The concerns center on the restrictions this will impose on where banks can invest their funds and the implications for the bond market. There are also fears that the banking regulator will require lenders to take measures to improve their capital buffers and increase their provisions for non-performing assets. Not only will this curtail the expansion of banks' assets, it will also put them under pressure to make riskier investments to achieve higher returns.

But these concerns are unwarranted. Banks have played, and will continue to play, the dominant role in China's financial markets. Over the years, they have been relentless in their creation of new accounting tricks, and no matter how regulations change, I believe banks will continue to come up with innovative ways to shift their assets off their balance sheets. Whatever fancy names we give these products and whatever they involve, be they investments outsourced to third-party securities and fund management firms or wealth management products launched with non-banking financial institutions, they are still fundamentally the same thing — shadow banking.

Regulatory authorities first proposed shifting off-balance-sheet assets back onto banks' balance sheets years ago. But it's become increasingly like a "mission impossible," not helped by the fact that authorities started to take a more laissez-faire approach to regulation. Even so, the fact that they did not take more draconian action to curb the off-balance-sheet shenanigans does not mean they were unaware of what was going on. They were well aware of the risks but, unwilling or unable to keep them in check, they chose to turn a blind eye and kick the can down the road.

When we look at the structure of China's financial system, which relies so heavily on indirect financing through bank lending, together with the balance sheet constraints faced by banks, the proliferation of shadow banking was inevitable.

Some banks have already found themselves in the position of needing to shore up their capital adequacy, and there's been a dramatic slowdown in the growth of new lending among many institutions. The surge in bankruptcies and corporate restructurings will further eat into the provisions, often insufficient, that banks have already made for non-performing loans.

But with so much pressure to keep the economy afloat, the government cannot suddenly pull the rug out from under the banks, and so it has to continue to give them some leeway to keep the shadow banking industry going.

Wealth management products can perform an economic function in that they provide money to support economic activity. That's why the banks are allowed to sell them and why these products carry an implicit government guarantee. Everyone knows the game — individuals want higher returns than they can get on their ordinary bank deposits, and the only way banks can give them that is to park these wealth management products outside their balance sheets so that they are not required to make any loan-loss provisions.

These wealth management products are in many ways similar to bank deposits — they are merely a pool of capital to be managed. The real risk is one of liquidity.

The central bank will do its utmost to prevent any major liquidity risk and will undoubtedly step in if and when a problem erupts, protecting the banks themselves while holding the individuals in charge accountable for the mess. Bank officials know they are in the firing line, which is why they are now going all-out to curb liquidity risks.

But the lure of wealth management products for those who sell them is hard to resist. Off the balance sheet and under the regulatory radar screen, the industry has morphed into a complex chain in which new products are sold to repay old ones and everyone is investing in everyone else's products, creating vast opportunities for bankers to collude.

In such an environment, it's easy to understand why we have to wait until billions or even hundreds of billions of yuan in bad debts are exposed before we even get to the point of bankruptcy and reorganization.

With the Chinese economy facing severe downside risks, and with a sound direct financing mechanism far from being established, this is not the time for the central bank to make an across-the-board attack on shadow banking. But the PBOC has sent out a clear warning signal: We know exactly what's going on, so don't push your luck.

Ling Huawei is the executive editor of Caixin.