By Huang Kaixi and Chen Na 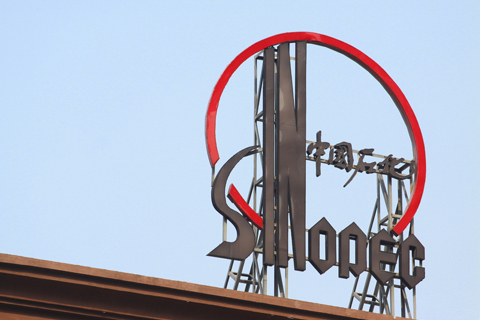 (Beijing) — The glory days for the overseas expansion of Sinopec Ltd., one of China's largest oil companies, have come to an end with profits plummeting and debt ballooning.

Its ambition has been monumental but not its profits. By December 2015, SIPC owned 51 overseas projects — mostly oil-related — in 27 countries, which produced 44.36 million tons of oil. But too often the wells were old and failed to deliver as expected. Last year SIPC lost 20.8 billion yuan ($3.1 billion) and racked up debt of 477 billion yuan, according to company documents.

Rapid growth has been the norm in China recently. Mainland investors have gone on a global shopping spree to gain know-how and market share through foreign acquisitions as the domestic economy continues to decelerate. Data from the Ministry of Commerce showed that Chinese enterprises made 521 overseas M&A deals in the first nine months of this year with a combined value of $67.4 billion. That already exceeded the amount for the whole of 2015 at $54.4 billion.

But like other acquirers, SIPC has often failed to meet expectations with its overseas investments.

The State-Owned Assets Supervision and Administration Commission (SASAC), the country's regulator of state-owned enterprises, blamed SIPC's failure on a lack of investment and managerial experience and blind expansion in the past decade, according to an assessment report of SIPC's financial performance viewed by Caixin.

External factors such as a declining global crude oil price and political instability in other countries also contributed to SIPC's problems, SASAC said.

To salvage the struggling company, Sinopec said in April it had sold a 40% stake of SIPC to state-owned China Chengtong Holdings Group Ltd. and 30% to Guoxin Holding Investment Co., keeping only 30% to itself.

While SIPC said on its website that "the deal will help SIPC to become a more market-driven company, increase its competitiveness and achieve sustainable, healthy development," analysts see the takeover merely as a government-backed attempt to save the struggling oil company.

The two subsidiaries created by Chengtong and Guoxin to take over SIPC were set up just days before SIPC changed owners, apparently a hasty plan to save the struggling company, according to official documents.

Given the gloomy outlook of the company, Chengtong and Guoxin will not receive dividends, a person close to the deal told Caixin. "Actually, this is more like giving loans to SIPC than owning shares," said the source.

But the rescue plan itself may be in limbo. So far, no concrete plans on how the two companies will buy shares from Sinopec and how they will solve SIPC's debt problems have been announced.

Without a plan, SIPC continued to lose money. It lost 9 billion yuan in the first quarter and is expected to lose 30.5 billion yuan for the year, according to Sinopec's earning reports.

With access to low-cost loans from state-owned banks, SIPC snapped up reserves worldwide, contributing to nearly three-quarters of Sinopec's investments abroad by the end of last year. Its buying spree brought it 51 overseas projects in 27 countries.

In its biggest acquisition, SIPC paid a whopping $7.6 billion in 2009 to acquire Swiss oil explorer Addax. It continued its global shopping spree in the next three years, clinching deals in countries that included Canada, Brazil and Argentina.

It turns out that most oil fields owned by SIPC are old wells whose yield decreases 13% on average every year, according to an internal SIPC document obtained by Caixin. According to some projections, 80% of the reserves have been extracted and continuing exploration will increase costs for SIPC.

"This means there is not much left to extract," said a geologist at the company who spoke on the condition of anonymity. "In China, we stop extracting oil when 50% of the reserves have been depleted."

A few of the oil fields that haven't been explored are either deep underground or in deep seas, which will require better drilling techniques, the SIPC document showed.

A string of questionable business practices also seems to have hindered SIPC development. A reviewed conducted by the National Audit Office in 2015 found that in 2008, SIPC paid $1.87 billion for a stake worth only $933 million in sections of three of the five sub-sea drilling blocks in Angola owned by Hong Kong businessman Sam Pa, who was later detained by investigators in Beijing.

A probe into SIPC's Argentina subsidiary after its general manager, Wu Minglin, stepped down in October 2015 found the company had suffered a cash-flow crunch of nearly $3 billion since 2013. The probe revealed that Wu had opened 80 credit card accounts over two years but added that it had no evidence of wrongdoing.

The government has sent asset management companies Chengtong and Guoxin to save SIPC. Chengtong, currently the biggest shareholder of SIPC, was one of the two companies selected by SASAC in February for a pilot program, which will carry out acquisitions, mergers, recapitalizations, restructurings and other capital operations to clear up mounting bad debts at SOEs.

However, no concrete deal has been reached. The pair promised to inject 11.7 billion yuan into the company as registered capital, but the money has not been paid yet, according to the person close to the deal.

Now SIPC has to bet on a rebound in global oil prices. "Once oil prices bounce back, it will help rejuvenate our business," said Liu Yun, Sinopec's chief accountant.

The company predicted it could have a cash flow of $6.7 billion by the end of this year if it could sell oil at $60 per barrel.

However, the global oil benchmark, Brent Crude, has plummeted to less than $50 a barrel since the middle of last year, with oil now at about $46 a barrel.