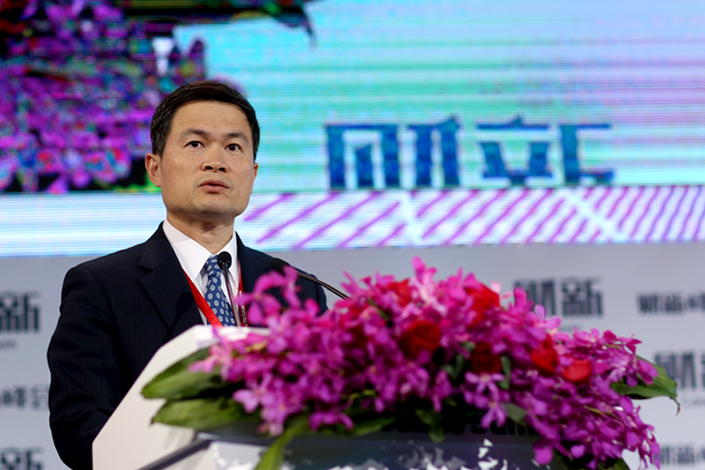 China is cautiously excited about today's global economic shakeup, which could be the biggest in 100 years, and potential opportunities lying ahead, Fang Xinghai, vice chairman of the China Securities Regulatory Commission (CSRC), said Friday at the seventh Caixin Summit.

Moreover, Fang said, the United States and other developed countries have been scaling back on foreign interactions. These scale-backs and related government policies are increasingly threatening the economic system, he said, pushing China to act.

"We have been compelled to take the lead in the economic globalization effort," Fang said. "If we don't, China's interests will be hurt tremendously."

Fang said China will continue to promote market interconnections in Asia and beyond.

Chinese officials are looking into the feasibility of building a bridge between stock exchanges in Shanghai and London, Fang said. Cooperation talks with capital market supervisors in France and Germany are being conducted as well.

"We will continue to open up, letting foreign-invested institutions provide securities services on the Chinese market based on their own organizational structures and following their own methods," he said.

The Chinese government is also reportedly looking into relaxing rules for foreign-Chinese joint ventures such as securities firms.

The foreign share of a securities firm on the mainland, for example, is currently limited to 49%. Advocates of lifting that restriction argue it would give foreign investors a stronger incentive to invest more resources in their China businesses.

Foreign-owned private fund companies, whose China operations are subject to CSRC supervision, have chafed at many non-capital-related restrictions that they say limit their ability to compete against Chinese firms.

Under a recently launched pilot program, for example, the CSRC requires that a foreign fund company base its entire China investment team in China. That means offices, personnel and even computer infrastructure must be physically based on the mainland.

Opponents of these fund company limits say international investment firms in other countries generally do not operate with such restrictions.

China is both "excited" and "cautious" about being pushed to the forefront of the globalization movement in the face of the changing economic landscape, Fang said. Change, he noted, opens doors to new opportunities.