Shenzhen-Hong Kong Stock Connect Gets Off to Quiet Start 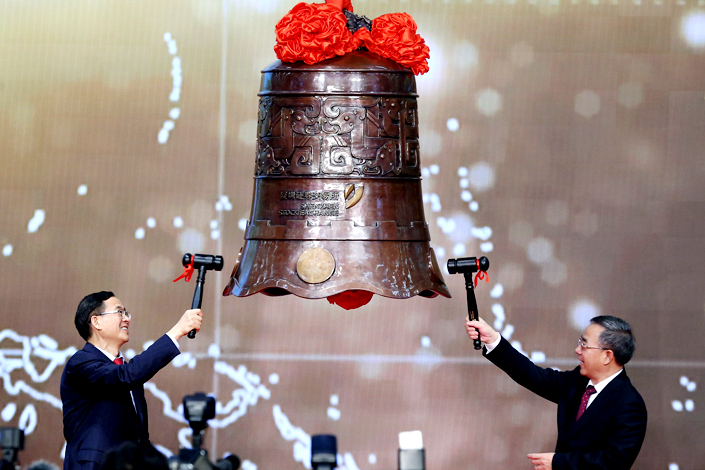 (Beijing) — A new link allowing cross-border stock buying between Hong Kong and the southern Chinese city of Shenzhen made a low-key debut on Monday, mirroring a weak start to the week for markets throughout Asia as China launched its latest effort to open up the nation's financial markets to outsiders.

Trading volume over the Shenzhen-Hong Kong Stock Connect was slow on its first day, with only a small fraction of the daily allotted quota in both directions being used. Money flowing from Hong Kong to the Shenzhen stock market totaled 2.7 billion yuan ($392 million) — or just 21% of the total allowed. Money flowing the other way totaled HK$902 million ($116 million), or an even-smaller 8% of the maximum allowable daily volume.

The sluggish debut mirrored a similarly weak start to the week for markets across Asia. The main indexes in Shenzhen and Hong Kong closed down by 0.78% and 0.26% respectively on Monday, while China's other main market in Shanghai also fell, down 1.2%.

"The link's trading debut was in line with expectations," said Yuan Shuqin, director of the Greater China Securities Department at Credit Suisse. "Trading volumes could continue to be influenced as we near the Christmas and Lunar New Year holidays." Yuan added that markets still need to digest uncertainties such as Donald Trump's winning the U.S. presidential election and the National People's Congress session in March, and investors will remain cautious during that time.

The launch of the new cross-border link comes two years after a similar connection linked Hong Kong and the Chinese mainland's other main board in Shanghai, allowing investors on both sides of the border to buy about 900 stocks in each other's markets.

China tightly controls foreign access to its financial markets, worried about the potential for volatility from speculative global buyers like hedge funds. It currently gives access to most big global institutional investors, but the Shanghai and Shenzhen programs are two of the first to give smaller buyers access to mainland stock markets.

"By broadening mutual market access, overseas investors can make use of Hong Kong as a convenient access point to mainland China, while mainland investors can use Hong Kong as their first stop as they begin to diversify their assets beyond mainland China's borders," said Hong Kong Stock Exchange CEO Charles Li. "By playing this dual role, Hong Kong will grow as a wealth management center alongside our traditional role as a global capital formation center."

Based in a southern boomtown that was one of China's earliest test beds for reform, the Shenzhen Stock Exchange is home to some of China's most innovative and dynamic private companies.