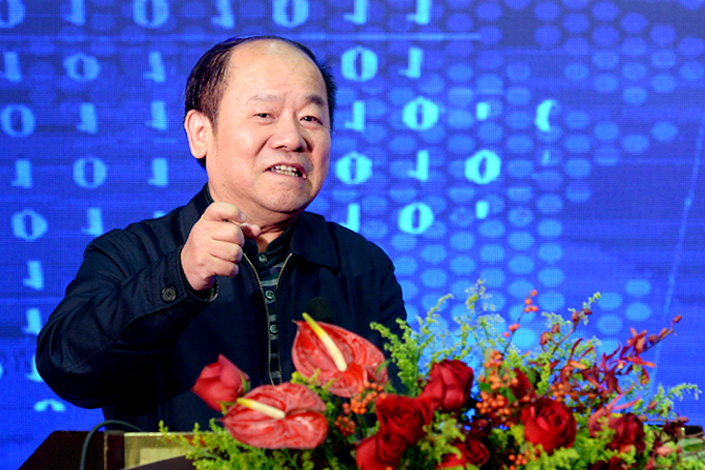 Ning Jizhe, head of the National Bureau of Statistics and vice chairman of the National Development and Reform Commission, speaks at the 2016 Guohong Macro-economy Forum in Beijing on Sunday. Photo: Visual China

Ning Jizhe, who heads the National Bureau of Statistics, vowed that those crossing the line will "pay a high price."

"Currently there is still periodic data fabrication in some areas, which violates statistical laws and regulations, goes against the party's ideological path and breaches its disciplinary bottom line," Ning wrote in a commentary carried in People's Daily, the Communist Party's official newspaper.

Ning is also a vice chairman of the National Development and Reform Commission, the central government's top economic planning organ.

Economists have long questioned the veracity of official figures, which they say often paint a rosier picture than warranted, though some also have said that trends reflected in data were generally in line with their estimates.

When Premier Li Keqiang was governor of the northeastern province of Liaoning in 2007, he said that when he evaluated the region's economic health, his preference was data on electricity consumption, rail cargo volumes and bank lending, and not figures compiled by local statisticians.

In his People's Daily commentary, Ning described improving the reliability of government figures as the "lifeline" and "core task" of statistical work. He pledged to harshly punish acts of data fabrication to "strengthen the credibility of the party and the government" and provide "solid quantitative bases" for policy making.

"(We) will have zero tolerance for various violations of statistical laws and regulations and make the violators genuinely pay a high price," he wrote, adding the government will encourage the public to report such sleights of hand.

Local authorities used to be criticized for interfering with statistics because promotions were closely linked to higher economic growth.

Ning suggested that such interference will be contained.

"The National Bureau of Statistics' leadership and coordination of statistical work across the country will be enhanced, … and the independence of statistical agencies and staffers will be strongly protected," he said.