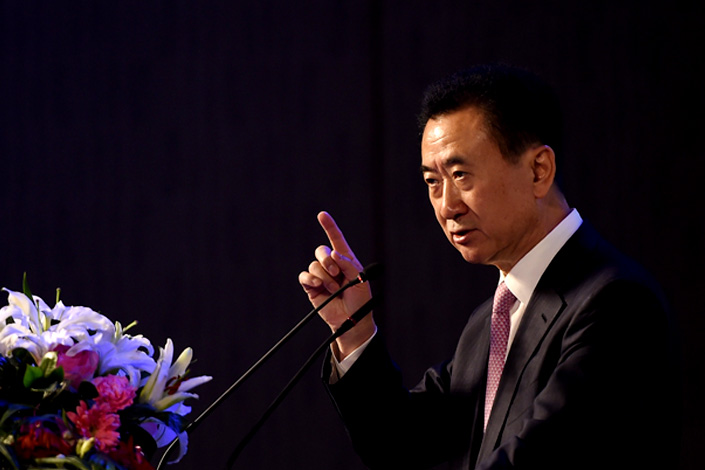 (Beijing) — Chinese billionaire Wang Jianlin said over the weekend that his recent U.S. entertainment-related investments total more than $10 billion, and that the companies' more than 20,000 employees could suffer "should things be handled poorly" by U.S. President-elect Donald Trump.

Wang made his remarks in a speech in Beijing, as Trump and other U.S. politicians send conflicting signals that could augur tougher policies toward China. Wang also commented separately on the magnitude of rampant inflation of box office figures in China, and said his recent purchase of one of Europe's largest cinema chains has just received regulatory approval.

Trump has previously accused China of unfair trade practices and of stealing U.S. jobs. Since his election, he has sent conflicting signals on how he intends to pursue business relations with the world's second-largest economy. At the same time, 18 U.S. congressmen in September sent a letter to the nation's comptroller general that specifically named Dalian Wanda Group Co. Ltd. when asking whether major Chinese acquisitions in the entertainment industry should be subject to the same rigorous reviews as buyouts in the more-sensitive high-tech sector.

Wang's Wanda Group has been the most aggressive among a field of Chinese media companies buying Hollywood assets over the last four years. Those include his purchase of cinema operator AMC Entertainment for $2.6 billion in 2012, and this year's acquisition of film production house Legendary Entertainment for up to $3.5 billion.

In his weekend speech to an annual meeting of China entrepreneurs in Beijing, Wang said the president of the Motion Picture Association of America (MPAA), the main group representing the major Hollywood studios, was going to meet with Trump, and asked Wang for any messages to pass along.

"I told him to tell Mr. Trump that I have $10 billion of investments in the United States and more than 20,000 employees there who wouldn't have anything to eat should things be handled poorly, and nothing else mattered," Wang said, according to a transcript of his speech. "At least in the film and television industry, you must understand that the growth of English (language) films depends on the Chinese market."

While things could get bumpy in the U.S. under a new Trump administration, Wanda's plan to buy the European Odeon chain is nearing completion, Wang said. He added that his company recently received the necessary official approval documents from the European Union for the deal.

Separately, Wang also commented on recent widespread reports about fraudulent inflation of the size of China's box office, which has seen explosive growth over the last few years and is on track to pass the U.S. if the latest numbers are credible.

"Cinema having a 40% growth for three consecutive years, do you think it's really possible?" he said. "With an economic growth rate of 6% and cultural growth a little bit higher, a growth rate of somewhere in the teens or 20 (percent) is probably a more-realistic level."