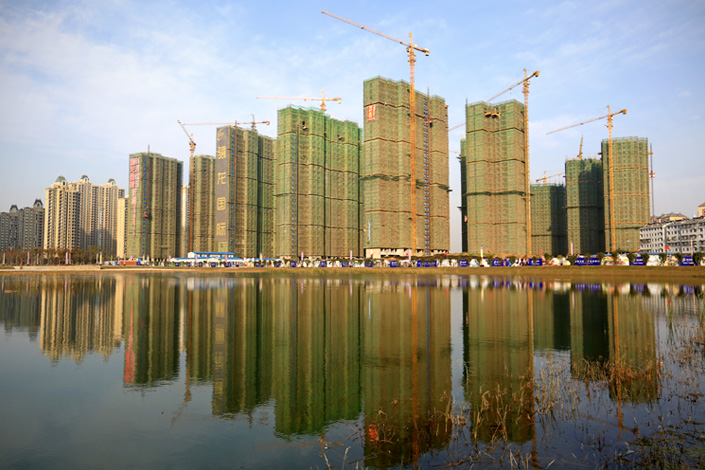 (Beijing) — Home-price growth continued to decelerate in major Chinese cities in November as a slew of policies intended to cool the overheated market continued to dampen the market.

In the first-tier cities — Beijing, Shanghai, Guangzhou and Shenzhen — prices of new residential property rose 0.1%, a 0.4 percentage-point decline from a month earlier, the NBS said. Price increases also slowed in other provincial capitals and major regional industrial hubs, or so-called second-tier cities, with a 0.9 percentage-point drop from October.

The deceleration comes in the wake of the introduction of central and local government measures earlier this year to deflate a potential property bubble, which was fueled by relaxation of home-purchasing rules in late 2014.

Figures released by the China Index Academy, a property-market data provider, show that by the end of September, the average home price — including new homes and second homes — had risen 14.4% in 100 major Chinese cities since the beginning of the year.

In Shenzhen, the most unaffordable city in the country, new-home prices were 36.9 times the average annual net income in the city in the first three quarters of 2016, up 49.4% compared with the same period in 2015, said E-House China R&D Institute.

Since late September, dozens of cities have started to rein in rising home prices, introducing a raft of measures such as increasing down-payment requirements and placing restrictions on purchases of second homes.

Both the People's Bank of China and the China Banking Regulatory Commission have instructed lenders to tighten lending to developers and homebuyers.

Curbing speculation in the property market is one of China's economic priorities in 2017, according to a statement released after the Central Economic Work Conference ended on Friday.

"Houses are for residential use, not for speculation," the statement said, adding that the government will create a "fundamental and long-term mechanism" that will include finance, land, taxation, investment, legislation and other instruments to "curb housing bubbles and prevent volatility" in the market.

Ren Xingzhou, a researcher at the Development Research Center of the State Council, said in an interview with the official People's Daily on Monday that speculative activities in the property market are "not only harmful to economic transformation and innovation but also warp society's view of the world and wealth."