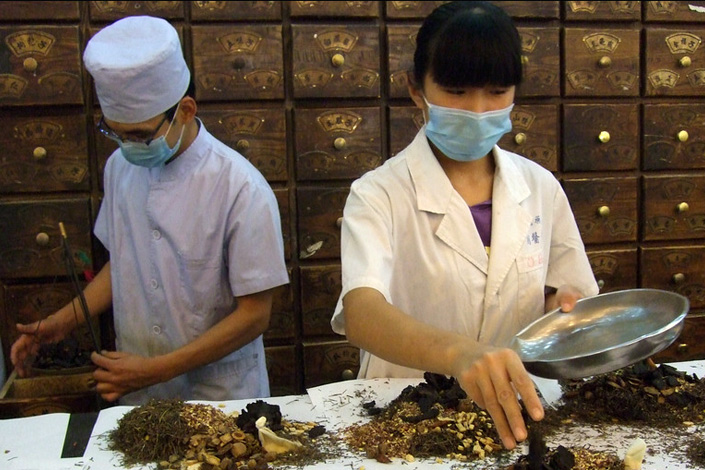 (Beijing) — China's top legislature, the National People's Congress, passed the country's first-ever law to regulate the booming traditional Chinese medicine (TCM) sector on Sunday amid concerns about the quality and safety of drugs.

The law, which comes into effect on July 1, has not been made public in its entirety.

But lawmakers did say it focuses on addressing issues affecting drug safety. For example, herb farmers could be detained by police for up to 15 days if they are found to be using highly toxic pesticides.

The move to tighten government oversight came after Wang Guoqiang, the head of the State Administration of Traditional Chinese Medicines, told a news conference earlier this month that the TCM sector “could be ruined” as a result of substandard herbal ingredients.

Tests by an independent institution commissioned by Greenpeace in 2013 found high levels of pesticide in 48 of the 65 herbal samples collected from TCM drugstores, including those owned by Tongrentang — China’s largest producer of TCM drugs by sales, founded in 1669. Some of the samples contained 100 times more pesticide residue than allowed under European Union standards, tests showed.

A sharp drop in the amount of herbs sourced from the wild and a growth in mass-scale herb farming using chemical fertilizers and pesticides has compromised the quality of drugs, Wang said.

The law will also cut red tape to encourage more TCM doctors to practice outside hospitals. Licensed TCM practitioners no longer will need a separate business permit to run a private clinic, Wang said at the legislative session on Sunday. Instead they will need only to notify local health authorities before starting a private practice.