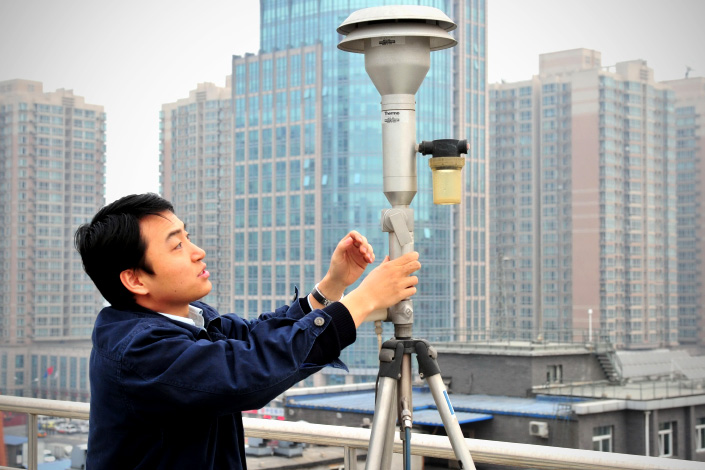 (Beijing) — China has stepped up its battle against pollution by making it a crime to manipulate air pollution data, a move that follows a string of scandals in which environmental protection officials tampered with readings and facilities.

Those who manipulate air-quality monitoring facilities, such as putting filters on monitoring systems, or who alter readings will face criminal charges. Companies that fail to spend pollution abatement funds may also be subject to criminal charges if the amount exceeds 1 million yuan ($144,000).

The legal interpretation did not list sentencing guidelines for various pollution-related crimes.

In recent years, a number of Chinese officials and company leaders have been found guilty in pollution cases. Some are motivated directly by profit, others by knowing their performance appraisals are tied to whether pollution readings improve.

Recently, the local environmental protection bureaus in Xi’an and Hanzhong, both in Shaanxi province, made national headlines when they were discovered to be boosting readings by stuffing cotton yarn into air-sampling devices and using trucks to spray water in areas around air-quality monitor stations.

In other cases, hazard waste discharges turned out to be the result of coordinated action between government officials and business leaders. The most notorious example occurred in Inner Mongolia’s Tengger Desert, China’s fourth-largest , in which at least eight chemical plants were found to have dumped untreated toxic waste directly into the desert for decades.

It is a common practice for many firms to reduce waste treatment costs by colluding with government officials, and “it has become an industry with clear division of labor and close cooperation within various players,” Yan said.

Under the new interpretation, this kind of offense will be classified as a joint crime. All violators involved will be given criminal penalties, especially those “behind the scenes,” Yan added.