By Coco Feng and Chen Xuewan 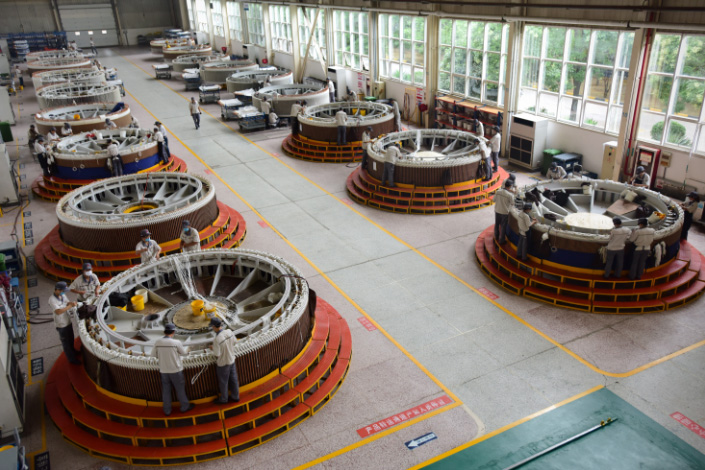 (Beijing) — China will cut the state-set fees that newly built solar- and wind-power generators can collect for their electricity starting next year in an effort to gradually wean them off government support.

Solar and wind plants that began generating power before those dates won’t be affected by the new rates, but the NDRC said that it will continue to reduce the solar tariff rate every year going forward. The commission did not mention the fate of wind-tariff rates.

The reductions were less steep than those proposed in a September draft resolution because solar and wind producers complained that they couldn’t make ends meet with such low rates. Insiders said the final rates were acceptable to most market players.

Like other major markets, China encourages development of renewable-energy plants by letting them sell their power to grid operators at artificially high rates to offset the higher cost of plant construction. But those rates are being gradually lowered and eventually will be eliminated completely with the expectation that improving technology will make renewable energy commercially competitive with fossil fuels.

The NDRC said the new rate reductions will result in a drop of around 6 billion yuan ($864 million) in annual subsidies to wind and solar producers, or a decrease of about 25% of what they now receive.

China overtook Germany in 2015 to become the world’s top photovoltaic country with a total capacity of 43 gigawatts, after capacity rose by 40% annually for the past decade. Tariffs for renewable energy are more than double those for coal power in China to compensate companies for higher cost of installation and operation.

As photovoltaic projects require large investments and have a long return period, there will be fewer new solar farms after the payment reduction is implemented in 2017, said Han Ling, an analyst with GF Securities.

But next year could see a moderate gain in new wind-power plant construction to take advantage of current tariffs before the new rates take effect in 2018, Han said.