WeChat Wraps Up 2016 With Over Billion Hours of Use Daily 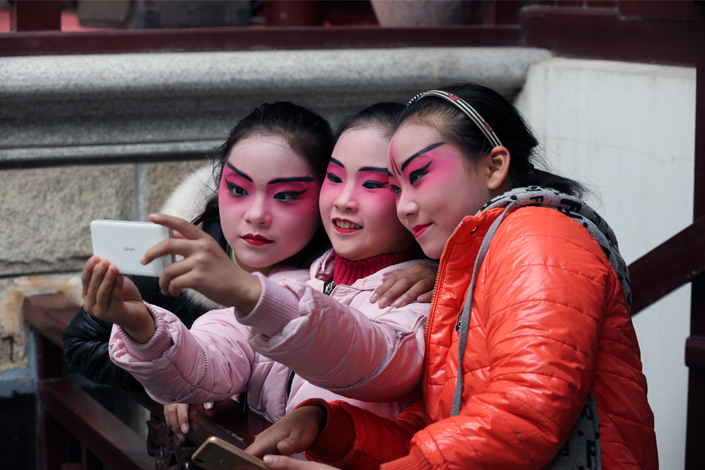 Young participants of an Peking Opera contest take a selfie on the sidelines of the event in Nantong, Jiangsu province, on Dec. 10. Many people in China share their photos on social media platform WeChat. Photo: Visual China

(Guangzhou) — Users of the WeChat mobile messaging platform are spending more than 1 billion hours online each day for activities as diverse as chatting and paying for goods, as owner Tencent Holdings Ltd. spends heavily on promotions with the hope of eventually earning big profits.

A staggering 768 million people on average accessed their WeChat accounts each day in September — a figure more than double the population of the U.S. and more than half of all people in China, according to a report released by Tencent at a WeChat conference on Wednesday. About half of those users were on the service for 90 minutes or more each day, the report said.