By Wu Yujian and Wang Yuqian 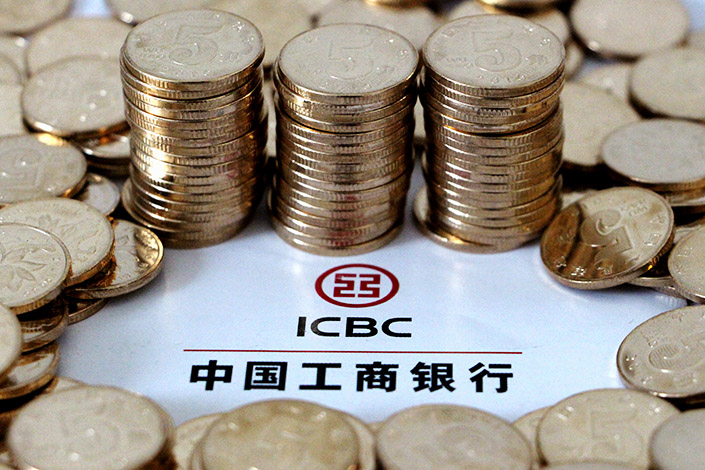 (Beijing) — A subsidiary of the Industrial and Commercial Bank of China (ICBC) has signed deals with seven debtor-companies to convert nearly 60 billion yuan ($8.6 billion) worth of unpaid loans into equity shares.

China’s largest bank announced the deals to underscore its ongoing contribution to a debt-to-equity swap initiative launched by the central government last year.

The government is encouraging banks and other lenders to help defuse mounting corporate debt risks by converting loans into company stakes. Policymakers hope the swaps will give indebted companies enough breathing room to improve their finances while also helping banks limit potential losses.

The government's strategy calls for banks and other creditors to buy these new shares through subsidiaries, as banks are not legally allowed to directly hold equity in non-financial institutions.

Since November, each of the Big Four state-owned banks, including ICBC, has set up an asset management subsidiary to execute swaps.

The companies in which ICBC's subsidiary now holds stakes focus on coal mining, machine manufacturing, and steel and cement production. Each is in a business sector that has suffered in recent years due to excess production capacity in their respective markets and China’s slowing economy.

ICBC did not say how much debt on its books has been slated for equity conversions.

The value of all debt owed by Chinese companies — many of them state-owned — had reached 160% of the nation's gross domestic product (GDP) last year, according to the central bank.

And the value of corporate and government debt combined has reached nearly 240% of GDP — a level that exceeds what the International Monetary Fund says is a global average of 225%. The GDP-debt ratio is thus "significantly higher in China than in countries at a similar level of development," the IMF said in a recent report.