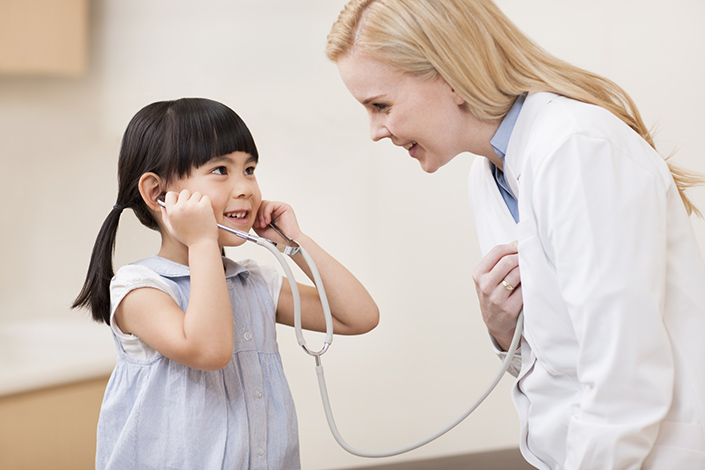 At the Cancer Institute Hospital of JFCR in Tokyo, Chinese nationals account for almost half of all international patients.

Japan isn’t the only place where Chinese medical tourists are making their presence felt. Each popular destination has its specialty — from in vitro fertilization in Los Angeles and Bangkok to plastic surgery in Seoul. About 60,000 Chinese nationals go abroad for medical treatment every year, according to a report by Chinese national broadcaster CCTV.

Like more traditional tourists, outbound Chinese patients are a lucrative opportunity for companies at home and abroad.

Some patients leave China feeling that they have been failed by health care providers at home.

Fang Ruo, 36, was diagnosed with breast cancer two years ago. Specialists at multiple top Beijing hospitals told her that a mastectomy — a procedure Fang wanted to avoid — was absolutely necessary. Desperate for an alternative solution, Fang headed to the U.S., where she joined a growing tide of Chinese patients seeking help at the MD Anderson Cancer Center in Houston, Texas.

Fang got the second chance she wanted. Specialists at MD Anderson told Fang there was no need for a mastectomy, and that she even had the option to freeze her eggs for future use in case the chemotherapy she was going to receive caused infertility. When Fang heard the news, she sobbed with relief.

Another Chinese patient at MD Anderson, who asked not to be named, told Caixin that he had been separately diagnosed with thyroid cancer at three different Chinese hospitals over the past year. But after six months of treatment and thyroid surgery, his condition showed no improvement. In Houston, genetic testing revealed his diagnosis had been wrong in the first place. He was in fact suffering from salivary gland cancer. He has now been put on a new treatment program.

Other patients go abroad to skip the long wait for new drugs at home. Between January 2011 and June 2016, the U.S. Food and Drug Administration approved 79 new cancer-fighting drugs, but less than half of these drugs have reached the Chinese market. In order to access new drugs, many patients in China use illegal “daigou” (Mandarin for “proxy shopping”) services to import the drugs. Sometimes they even move to the U.S.

“Many patients have told us exactly what drugs they want,” Cai told Caixin. “They say, ‘I need PD-1 inhibitors. Tell me the U.S. clinics where I can get this.’”

Medical innovations are also a factor pushing middle-class Chinese nationals abroad since many Chinese hospitals lag behind many of their foreign counterparts in terms of technology.

Proton therapy, a form of radiation therapy use to kill cancerous cells, is a mature technology in the U.S., where it has been in use for more than 20 years. In China, however, the first proton therapy center opened only two years ago, in Shanghai.

Other innovations like biodegradable stents or the Da Vinci Surgical System, a minimally invasive technique approved by the U.S. FDA in 2000, are nearly nonexistent on the Chinese medical market.

The outflow of Chinese patients is helping to raise profits for international medical service providers.

To begin with, many Chinese medical tourists aren’t fazed by high prices abroad. The average cost of treatment in the U.S. is four times the cost in China, and prescription drugs cost on average six times more in the U.S. than they do in China. Still, the number of Chinese patients abroad has continued to grow, Mayo Clinic Operations Manager Melissa Goodwin told Caixin. Chinese medical tourists are now the second-largest group of patients seeking health care outside their home countries, after patients from the Middle East.

In 2015, Chinese medical tourists spent a combined $9.7 billion on treatment fees and travel expenses, according to market information company Global Growth Markets. These tourists typically pay for their treatments in cash, and don’t have insurance coverage in the countries where they seek treatment — a godsend for foreign medical centers.

In the U.S., for instance, hospitals are under pressure from pricing regulations and insurance companies to keep treatment fees for American patients down. But when treating Chinese patients who are paying in cash, hospitals have more freedom to raise prices.

St. Lucia Consulting offers “matchmaking” services for Chinese patients seeking international treatment, with fees running as high as 1 million yuan ($145,000) for a VIP package. Yet business has been picking up in recent years. “High-net-worth clients want perfect service. They don’t care so much about prices,” CEO Cai said.

St. Lucia is typical of the hundreds of intermediary companies springing up across China. Their aim is to capitalize on the insecurity many Chinese patients feel when away from home. Medical tourism facilitators provide services like translation, interpretation and screening potential doctors and hospitals.

It’s not just health care providers and intermediaries who get a good deal out of China’s growing population of outbound patients. Treatment can actually be cheaper in some of the countries Chinese people seek treatment in.

In Japan, for instance, treatment fees are relatively low compared with other developed countries. The average Chinese medical tourist spends in Japan roughly one-third what they would pay for the same treatment in the U.S., according to Wang Gang, CEO of medical tourism facilitator Hope Noah in Beijing.

Some procedures are even cheaper here than in China.

Even as increasingly wealthy and mobile Chinese patients seek help abroad, foreign health care providers are eyeing a slice of the domestic market. As the world’s most-populous nation, China potentially could be highly profitable for a foreign medical company that manages to gain a foothold on the mainland.

But ambiguous regulation and cultural mismatches between foreign firms and Chinese partners mean foreign medical initiatives have a hard time getting off the ground.

Taiwanese hospital chains were the first non-mainland businesses to enter the Chinese market, in 2005, but China only fully opened up to foreign medical service providers in July 2014. A pilot program in seven provinces and cities, including Beijing, Shanghai, and Guangzhou, gave provincial-level governments the authority to negotiate international medical partnerships. But regulations concerning issues like insurance, the purchase of medical equipment and doctor qualifications have never been clarified, leaving foreign medical firms uncertain about their rights in China.

Legal concerns aside, foreign firms don’t always see eye-to-eye with their Chinese partners when it comes to issues like publicity and brand image.