By Chen Na and Yue Yue 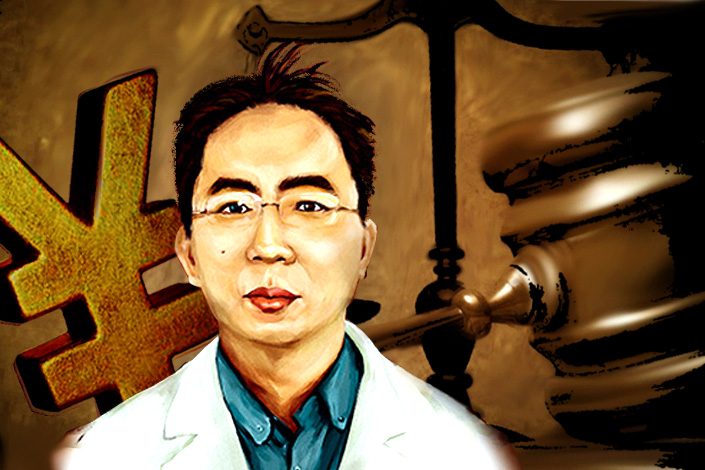 (Beijing) — China sentenced a former billionaire hedge fund manager to five and a half years in prison for stock-price manipulation, in one of the country’s most high-profile cases following the 2015 market rout.

Xu Xiang, founder of Shanghai-based asset management firm Zexi Investment, and two associates were convicted of driving up share prices, the Qingdao Intermediate People's Court in Shandong province said on Monday. Xu was also fined 11 billion yuan ($1.6 billion), sources who attended the court hearing said. It is the highest-ever fine for an individual committing a financial crime in China.

Wang Wei, owner of three asset-management companies, received a three-year prison term and was slapped with a 1 billion yuan fine. And Zhu Yong, the third defendant, was sentenced to two years behind bars with a three-year reprieve. He was told to pay 50 million yuan in penalties. The three men shared insider tips and connections to high-ranking executives, people with knowledge of the matter told Caixin.

Xu and the two investment firm managers were accused of colluding with senior executives of 13 listed companies from 2010 to 2015 to issue positive news about companies and even purchasing stocks in large quantities — all in a bid to boost prices and lure retail investors. The fund managers and executives then dumped their stock at the higher prices.

The Chinese government has stepped up its crackdown on market irregularities after the stock market meltdown in the summer of 2015, in which the Shanghai index plunged more than 40% from mid-June to September.

Prior to his downfall, Xu was sometimes referred to as “China’s Carl Icahn,” a reference to the American business magnate and Trump-administration adviser on regulatory reform. Xu, known for his penchant for stock investment, was arrested for alleged insider trading and stock price manipulation in late 2015.

Even when the country’s stock prices plummeted in 2015, Zexi’s investments earned an average 218%, far more than the second-most profitable player, Shen Zhou Mu Fund, which reported a 94% yield, according to market analysis website Licai.com.

Considering the huge amount of money involved in the illicit trading, the sentence was lenient, said a criminal defense lawyer who spoke on the condition of anonymity. According to the country’s Criminal Law, a conviction for stock manipulation could result in a prison term of up to 10 years and a fine up to five times as much as the illegal proceeds.