Alipay to Be Accepted at Lawson Shops in Japan 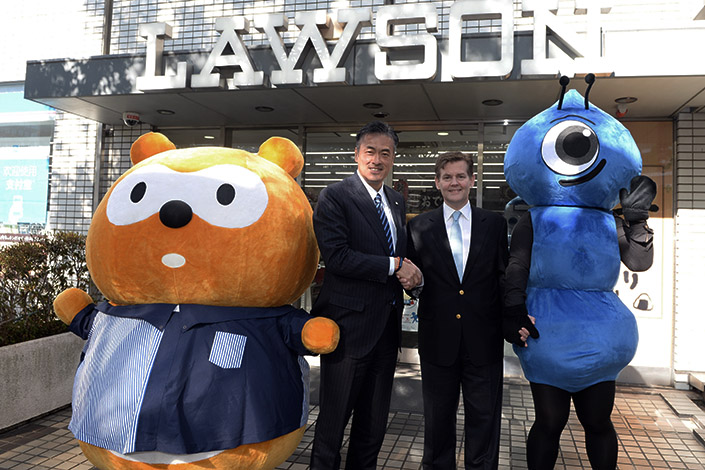 (Beijing) — China's Ant Financial Services Group has announced that its electronic payments service, Alipay, will be accepted at the 13,000 Lawson convenience stores throughout Japan effective Jan. 24.

The move is an extension of a pilot program that was first implemented in nine Lawson branches in January 2016.

The move comes just four days before Spring Festival, or Chinese New Year, the most important holiday in the lunar calendar, during which many Chinese people travel overseas. Japan as one of the top destinations.

Lawson is a leading convenience-store operator in Japan, and more than 60% of its customers are tourists from overseas, spending 20% more than domestic shoppers, Lawson Inc. chairman and CEO Genichi Tamatsuka said at a news conference on Monday.

Japan receives more visitors from China than any other country, with Chinese accounting for 26% of all foreign tourists in 2016, according to the Japan National Tourism Organization.

Customers will be able to use Alipay to settle payments in Chinese yuan rather than Japanese yen in Lawson stores without an additional service charge, said Douglas Feagin, Ant Financial Services Group senior vice president, on Monday.

Alipay’s partnership with Lawson is part of a broader strategy as the payment service provider moves into overseas markets popular with Chinese travelers. The payment services of major rival Tencent Holdings Ltd. are still confined to China and are connected to its popular QQ and WeChat social networking platforms.

Alipay has more than 400 million users worldwide, and Ant Financial is eying an initial public offering in either Hong Kong or the Chinese mainland as soon as this year.