By Wu Jing and Li Rongde 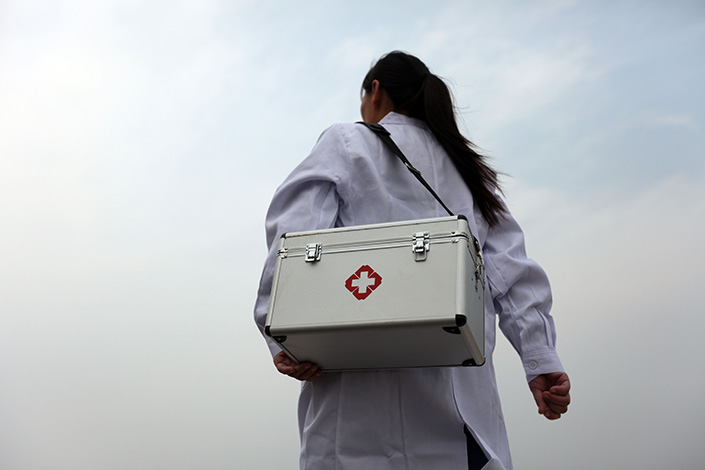 A community medical practitioner is seen in Tangyin, Henan province, in October 2014. The Chinese government will provide doctors training to be general practitioners a subsidy of 30,000 yuan ($4,370) a year. Photo: IC

(Beijing) — The central government has earmarked 12.6 billion yuan ($1.84 billion) to train general practitioners (GPs), a move that aims to correct the shortage of family doctors in China.

Jin Shengguo, a deputy head of the training unit at the National Health and Family Planning Commission, said Tuesday that each physician will get an allowance of 30,000 yuan a year while undergoing a three-year training program.

Teaching hospitals with the capacity to train GPs will receive 5 million yuan extra a year, he said.

All provincial-level governments except for the provinces of Hebei and Heilongjiang have committed a total 1.44 billion yuan to the project, according to the Health Commission.

The lack of qualified GPs in China has led to overcrowding at large public hospitals, where specialists are overworked as they treat conditions that could have been handled by a family doctor at a community clinic, analysts said.

Authorities want to double the number of GPs working across the country to at least 300,000 by 2020, according to a five-year plan for improving the health care system released in early January. China has 170,000 registered GPs at present, the commission said.

Many young medical graduates choose to become specialists given the much lower pay for being a GP, leading to a dearth of physicians at community clinics and low-level hospitals. Instead of addressing the pay gap, the government hopes trained GPs will be able to attract more patients and earn more through consultation fees.

Starting in 2015, health authorities have spent 1.8 billion yuan on similar training programs at 559 clinics, including 58 million yuan on teacher training.

A part of a doctor’s pay in China is tied to their performance, and they lose this component during training. The subsidies from both the central and local governments are meant to compensate for this loss, Jin said.

Citing data from Kashgar No. 1 People's Hospital in the Xinjiang region, he said that due to the government allowance, each doctor there can continue to earn the same salary of 4,300 yuan a month, which they received earlier, while undergoing the full-time training.