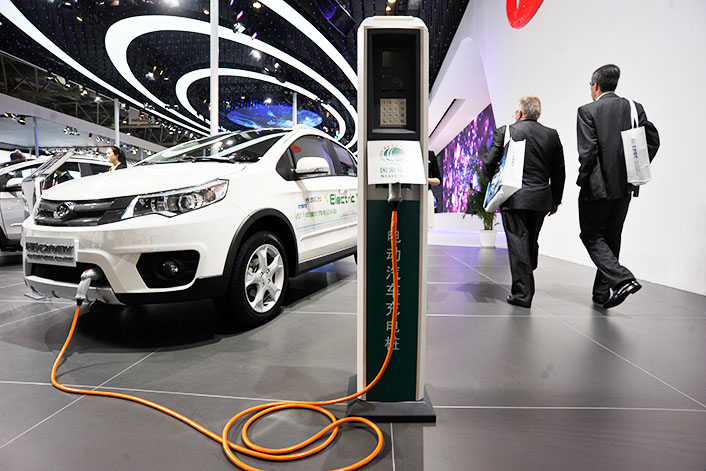 Nearly 4,500 subsidized electric vehicles produced by the seven companies were found to have less powerful batteries than the firms declared when applying for incentives, according to an MIIT statement published on Saturday.

The MIIT has removed the models in question from the list of approved electric vehicles and stopped accepting applications from the seven firms. It has also ordered them to rectify all existing problems within two months, after which they will be reassessed by MIIT.

The move comes amid an ongoing nationwide investigation, which started in January 2016, into new-energy vehicle subsidy fraud — spurred by a government incentive program — that has seen firms collect hundreds of millions of yuan after inflating the number of vehicles they had made.

But a source from the Ministry of Finance told Caixin at the time that there were more violators beyond the published list, without specifying how many.

Within a month, punishments for another two companies surfaced.

In order to better regulate the industry, at the end of 2016, the government announced a renewed incentive plan that raised the threshold for automakers to receive subsidies. The government plans to phase out subsidies by 2020, the official Xinhua News Agency reported.