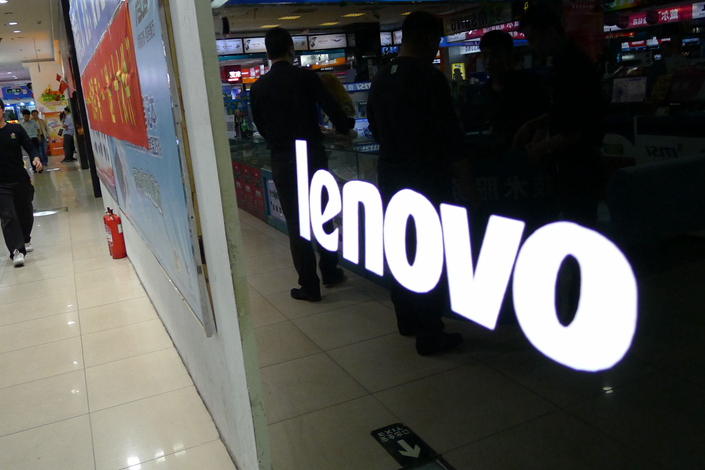 Lenovo Group Ltd., the world’s largest PC maker, said on Thursday its profit plunged by two-thirds in its latest fiscal quarter as it faced headwinds from a maturing PC market and weak performance at its younger smartphone division.

Lenovo was one of China’s earliest global success stories in the high-tech realm, building off its local base to become the world’s largest PC brand. But it has stumbled badly in the last two years as it tries to transition from the maturing PC market to tap fast-growing demand for a newer generation of mobile devices, most notably smartphones.

The company’s profit fell 67% to $98 million year-on-year for the three months through December, its third fiscal quarter, according to its latest quarterly report. Revenue also fell 6% to $12.17 billion.

“During the three months, … the macro environment and global markets remained challenging,” Lenovo said in a statement. “In addition, component supply constraints across the industries the group operates impacted performance. Nevertheless, Lenovo continued to deliver solid performance in its PC smart device business while transforming its mobile and data center businesses.”

Lenovo said its PC sales rose 2% in the quarter to 15.7 million units, raising its global market share by 0.8 percentage points to 22.4%. But its mobile business — central to its future prospects — sputtered, with smartphone sales dropping 26% from a year earlier.

Lenovo said its mobile-business revenue, which accounts for nearly a fifth of its total, dropped 23% during the quarter to $2.2 billion. “Nevertheless, (mobile) revenue showed sequential improvement in fiscal quarter three, growing by 7% quarter-on-quarter, driven by (the division’s) continued strategy to streamline the product portfolio and focus on higher price bands,” the company said.

Lenovo shares were down 2.1% in the morning trading session in Hong Kong before the results came out. The stock has lost nearly two-thirds of its value from a peak in 2015 and was trading at seven-year lows in December as investors fretted about its inability to gain traction in the mobile-devices market.