By Liu Xiaojing and Li Rongde 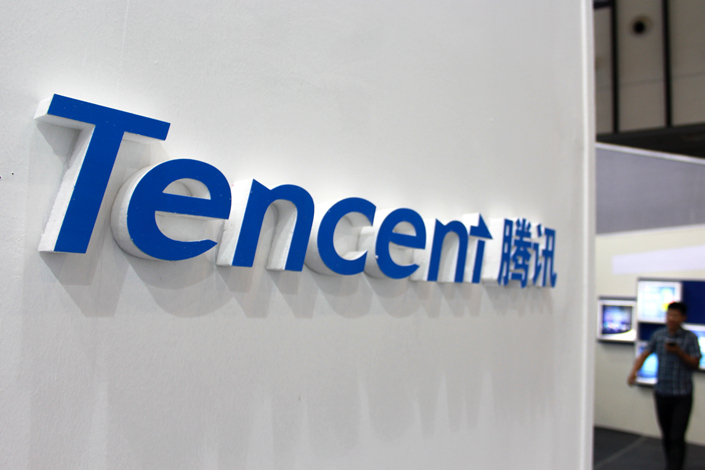 Tencent Holdings Ltd., which operates the popular instant messenger service QQ, has closed or suspended thousands of QQ group accounts that the company suspects deals in the buying and selling of personal information, but such groups are still rampant. Photo: IC

(Beijing) — The developer behind the widely used Chinese instant messaging service QQ said that since last fall, it has suspended or closed over 3,500 accounts used for selling individuals’ private information, but an investigation by China Central Television (CCTV) found that this illicit practice was still rampant on the platform.

The CCTV exposé last week came six months after a 19-year-old student died of heart failure after losing 10,000 yuan ($1,450) in a phone scam. This led to a public outcry in China over the selling of confidential information online.

Chen Wenhui, a suspect in Xu Yuyu’s case, told police last year that he had bought her school records and information about how much financial aid she received from a trader he met on QQ. He had simply typed in the key words “student records” in QQ to reach accounts or groups of people who sold such information, Chen told police. Police are still investigating Chen and five other suspects.

Vendors have been selling confidential information such as people’s national ID numbers, home addresses, the value of their assets including property, and even cellphone call logs, according to the report the state broadcaster aired Thursday.

The revelation prompted a barrage of angry comments on Chinese social media about how the lack of oversight allowed scammers to purchase private information. Many complained about being harassed by swindlers who had access to their phone numbers.

A unit overseeing information security at Tencent Holdings Ltd., which owns QQ, released a statement on Monday saying that since August, it has blocked over 3,500 group accounts where personal information was sold in bulk, including 30 such accounts in the past four days alone.

The company, however, admitted that it was difficult to eliminate this problem since traders disguised the purpose and activities of the groups. In the three examples highlighted by CCTV, the group descriptions said they were going after rogue debtors.

Actual money transactions between buyers and sellers were done separately on other applications, according to Zhe Jinsong, who is in charge of online-scam investigations at Tencent.

The CCTV report showed one internet user using the online name “Zimo” who was selling individuals’ household registration information and their criminal and overseas travel records in a QQ group with 130 members.

In another group with more than 400 users, a member with the online pseudonym “L” was selling people’s hotel check-in information, train and flight booking records and college registration details.

The CCTV report did not offer details about who the potential buyers were or how much they had paid for the files.

Trading of private information is a crime punishable by up to three years in China.