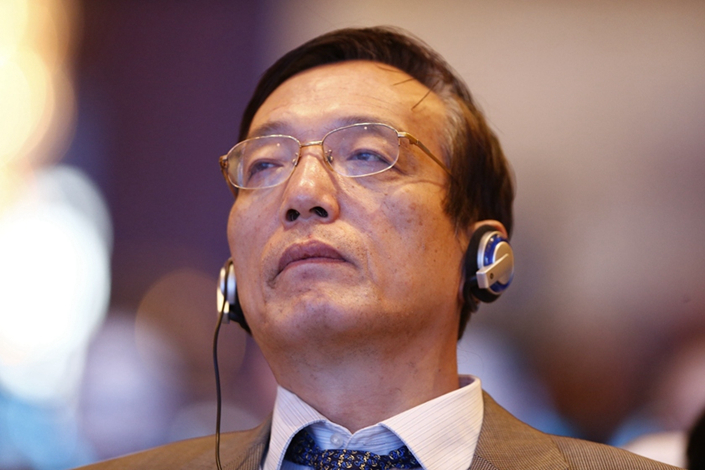 Liu Shijin, the former vice director of State Council Development Research Institute, said on Saturday that China's economy "is very close to" or "has started" bottoming out after nearly seven years of growth deceleration. Photo: Caixin

(Beijing) — The Chinese economy may have bottomed out after years of decelerated growth, and this year could mark the start of stable expansion that will probably last for more than a decade, a senior government researcher has predicted.

The world’s second-largest economy has been seeking equilibrium over the past few years, according to Liu Shijin, formerly a deputy chief of the Development Research Center (DRC) of the State Council, China’s cabinet.

But instead, it has seen volatile expansion rates due to government efforts to stabilize growth while shifting the country’s economic model to a more-sustainable one driven by consumption and services, rather than investment and exports, he said.

But the nation “has got very close to or has already started to bottom out” on an “L-shaped” path, following a streak of weakening — and for two years, flat — annual growth that started in 2011, Liu said.

“We may see the bottom of the L-shaped growth in 2017 before reaching a plateau of medium-rate expansion that could last for at least 10 years," said Liu, now a vice president of DRC-linked China Development Research Foundation, at a seminar on Saturday focusing on China’s economy in 2017.

China’s high-speed expansion in the past was supported by massive investment, 20% to 25% of which was poured into infrastructure, 25% to 30% into property, and more than 30% into manufacturing, Liu said.

That expansion pillar has been undermined as manufacturing-underpinned Chinese exports have already had a spell in the doldrums while property investment growth, which rebounded last year amid a housing price boom, is expected to lose steam in the coming months and decelerate, or even contract, he said.

Liu warned that the economy may come under pressure in mid-2017 from weakened demand for investment due mainly to uncertainties in the real estate sector.

The government will likely increase infrastructure investment this year to offset the impact from a property downturn, according to industry experts.

But some analysts are optimistic about the prospects this year after the economy surprised markets in the final quarter of 2016 with a better-than-expected expansion rate of 6.8%, and appeared to have gained further momentum this year as reflected by strong data about sectors such as power consumption, factory-gate prices and exports.

Economists at investment bank China International Capital Corp. Ltd. on Monday revised their forecast for the country’s growth rate to 6.8% from a projection of 6.7% made in December.