Huawei Creeps Up on Apple With Latest Smartphone 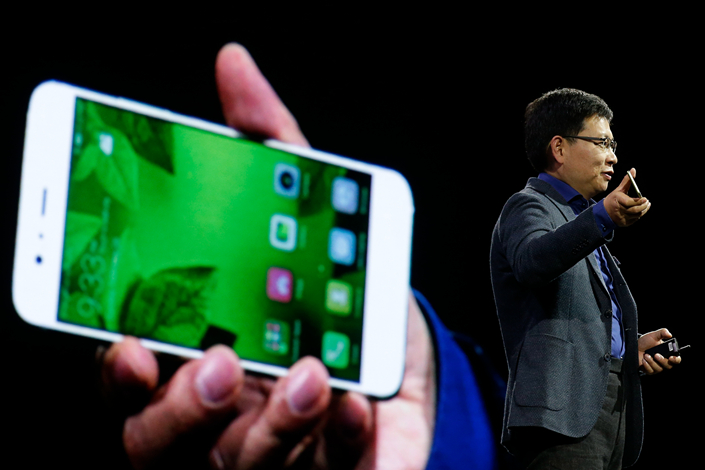 (Beijing) — Homegrown smartphone giant Huawei has an Apple squarely in its eye.

The Chinese brand’s newest phone, the P10, had a price tag that left many noting its proximity to Apple Inc.’s latest iPhone, as Huawei Technologies Co. Ltd. tries to burnish its own image at the premium and highly profitable end of the smartphone spectrum.

The P10 will carry a starting price of 649 euros ($687), Huawei said at a Monday event on the sidelines of a major tradeshow taking place this week in Barcelona, Spain. Higher-end editions of the P10 — the P10 Plus — will sell for 699 and 799 euros, the company said.

Observers noted the 649 euro starting price isn’t far from Apple’s latest model, the iPhone 7, the cheapest models of which cost about 740 euros in Europe. By comparison, many of China’s other smartphone makers are crowded at the middle and lower ends of the market, where margins are thin, brand loyalty is weak, and many companies are losing money.

Huawei rose to become China’s biggest smartphone maker last year, overtaking Samsung and local highflier Xiaomi Inc. for the top spot. But it lost the crown to homegrown rival Oppo Electronics Corp. in the second half of the year as Huawei focused on building up its more-profitable higher-end business in a bid to challenge global leaders Apple and Samsung.

The company has also focused more attention on building its global business to diversify beyond China. In last year’s fourth quarter, Huawei finished a solid third in the global smartphone market with 10.6% share, behind about 18% for leaders Apple and Samsung, according to data tracking firm IDC. But unlike most Chinese brands, which derive the lion’s share of their sales from China, Huawei now sells about half of its smartphones outside its home market.

Reviews for the P10, which has emerged as Huawei’s own flagship premium model, were generally positive, though most reviewers had yet to actually use a phone and were simply repeating specifications announced by the company. Many said the new phones had only incremental improvements over the previous model, the P9. But they did note a wider range of available colors and also the movement of the fingerprint recognition key that unlocks the phone to the front of the handset from the back in the last model.

“The Huawei P10 and P10 Plus both look like they’re going to follow in the P9 and P9 Plus’ footsteps in becoming a highly respected and sought out smartphone,” wrote one reviewer on the website Expertreviews.co.uk. “My first impressions are positive and I’m looking forward to benchmarking it to see how it performs over the P9 and P9 Plus.”

One Chinese blogger said Huawei had scheduled a P10 product launch for China on March 24, but a company spokesman could not confirm the date.

The P10 is Huawei’s most expensive mainstream model to date, but not the priciest of all time. Last year the company unveiled a limited Porsche Design edition from its Mate series of smartphones, costing 8,999 yuan in China and 1,395 euros in Europe.