Oppo to Make Smartphones in India 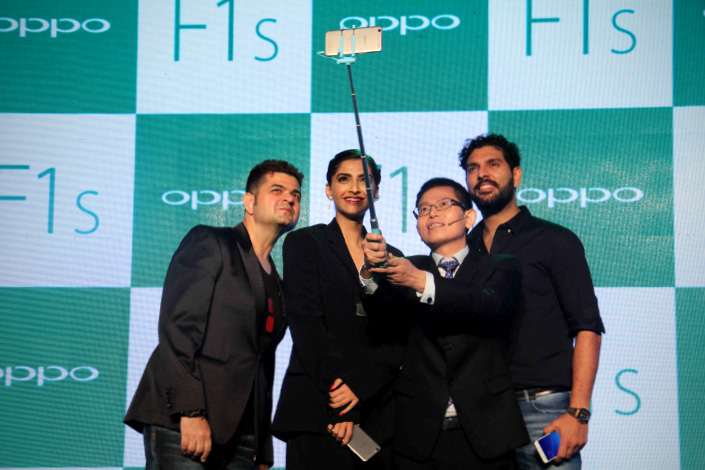 (Beijing) — Leading Chinese smartphone maker Oppo Electronics Group will build a 1.5 billion yuan ($216 million) production base in India, joining a growing group of domestic rivals that are setting up locally based factories in one of the world’s fastest growing markets.

The new factory in the city of Greater Noida will become operational in two to three years, with initial annual capacity of 50 million units, an Oppo spokesman said on Wednesday. That volume will eventually double to 1 million units, he added.

Oppo has risen rapidly over the last year to become the largest brand in China’s crowded smartphone market, overtaking the likes of global giants Apple Inc. and Samsung and even homegrown heavyweight Huawei Technologies Co. Ltd. in the latest quarter. But while China is the world’s largest market, it is also extremely overcrowded and competitive, with dozens of midsize and smaller manufacturers vying for market share.

India has become a hotbed for Chinese manufacturers looking for export opportunities due to the market’s large size and far-lower penetration rates. As more companies move to the market, a growing number are setting up locally based production to lower costs and win favor with local officials by boosting their respective economies.

Other companies that have announced similar moves to manufacture in India include Huawei, Xiaomi Inc., Gionee Communication Equipment Co. Ltd. and Vivo. Apple announced earlier this year it will set up a research and development lab in the city of Hyderabad, employing 4,000 and focused on development of maps for iPhones, iPads and other Apple products.

Output from Oppo’s new factory will initially be sold exclusively in India, but the company could eventually consider exporting some of that to Southeast Asia and other similar markets, the spokesman said.

India is one of the world’s fastest-growing smartphone markets, with sales on pace to pass 100 million units for the first time this year, with growth in the 10% to 20% range. The nation’s top five players include two Chinese companies, Lenovo and Xiaomi, with 9.6% and 7.4% market share respectively in the third quarter, according to market research firm IDC. Samsung leads the market with a 23% share.

By comparison, Chinese smartphone sales now number more than 100 million each quarter, though the growth rate is far lower due to growing saturation, coming in around 5% in the last two quarters.