Faded BlackBerry Calls on TCL in Search of New Life 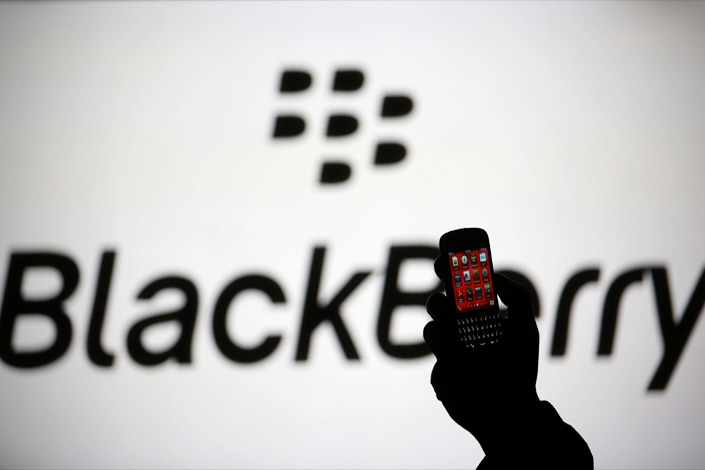 (Beijing) — Chinese electronics giant TCL Corp. will make BlackBerry Ltd. smartphones under a new licensing agreement, as the former tries to reverse its slipping sales and the latter exits a business that once made its email-optimized handsets a household name.

Under their long-term agreement, TCL, a top TV brand in China, will design, manufacture and sell smartphones bearing the BlackBerry name. They will come installed with security and related software products from BlackBerry, which is trying to transition away from its original business as a smartphone maker.

BlackBerry produced its final self-developed smartphone, the Android-based DTEK60, this fall with TCL Communication as its manufacturing partner. Under the new agreement, TCL will continue to design new BlackBerry-brand models using the Google-backed Android operating system.

"TCL Communication is the natural choice to license BlackBerry's software and brand on a global scale," said BlackBerry Chief Operating Officer Ralph Pini. "We successfully partnered with them on the DTEK series of secure smartphones, and we've been impressed with their excellence in hardware design, development and manufacturing."

BlackBerry rose to fame in the early days of the mobile Internet, famously allowing users to check their email anytime, anyplace. The brand reached a high point in 2008 during the first run for the White House by then-U.S. Senator Barack Obama, who was frequently seen checking the highly recognizable phones for his latest emails.

But the brand has rapidly faded in recent years with the rise of a new generation of touch-screen smartphones led by Apple Inc.'s iPhone.

The new tie-up resembles two earlier ones for TCL, which purchased the cellphone-making business of French giant Alcatel in 2005. It purchased another famous but faded brand, Palm, last year. Rival smartphone maker Lenovo tried a similar strategy with the struggling Motorola brand, though that effort has ended in disappointment.

TCL now focuses largely on export markets, with overseas sales now accounting for 97% of its total. But those sales slumped 16% in the first 11 months of the year to about 75 million units, as the company faces growing competition from other Chinese brands expanding overseas.

TCL could benefit from the BlackBerry name, which is still relatively well-respected in markets like the Middle East, Africa and even the West, said Jin Di, an analyst at market research firm IDC. But she pegged TCL's longer-term chances of reviving the BlackBerry name at only 20% to 30%.

"Overall, this will be hard for TCL and BlackBerry," she said. "The competition is really, really intense today outside China because so many smartphone vendors are going abroad. This will be the biggest challenge for TCL, even after leveraging the BlackBerry name."