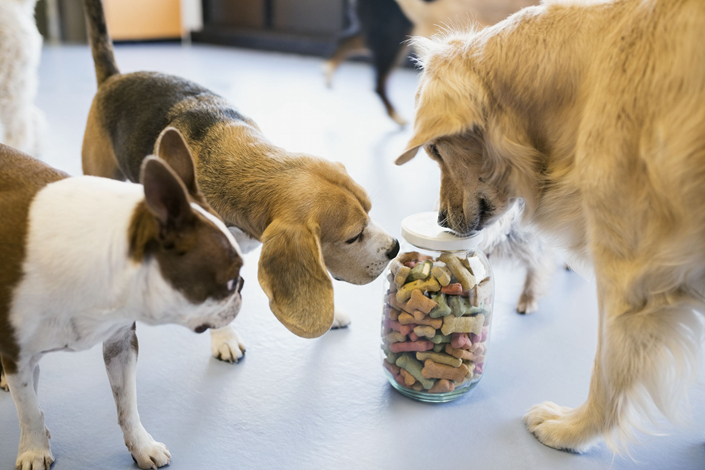 Gambol, based in Liaocheng, Shandong province, is one of the largest pet food manufacturers in Asia and the largest private-label provider for pet treats to Wal-Mart Stores Inc. The partnership will allow Gambol to expand to key markets that include China, Thailand, Europe and the U.S., KKR said in a statement.

“By partnering with KKR, we aim to expand and provide healthy packaged pet food to customers both overseas and in China,” said Qin Hua, Gambol chairman and CEO.

Although the size of the investment was not disclosed, it has been made in a sector that is still in its nascent stages and has huge prospects for expansion. Only 13% of urban households in China have pet dogs, according to consultancy Stratop Group, while the number is 36% in the U.S., according to the American Veterinary Medical Association.

The Chinese mainland has seen strong growth in pet food sales in recent years, buoyed by rising household incomes and an increase in the numbers of people living alone, many of whom want a pet for company.

But for now, the Chinese market is still dominated by foreign brands such as Mars Inc. and Nestlé SA. Gambol, established in 2006, initially focused on markets outside the Chinese mainland, but it started to take an interest in the domestic market in 2013.

International brands entered the China pet food market earlier than their domestic rivals, which now enables them to enjoy higher brand awareness and market share, according to a report by market research firm Mintel.


Taking a different approach to the low-price strategies that most Chinese manufacturers have applied, Gambol has focused on premium pet food products, targeting high-income consumers. Sales of high-end products have grown faster than low-cost ones, which has helped Gambol to earn a greater market share, Qin said in an interview in December with government-backed newspaper Business Daily.