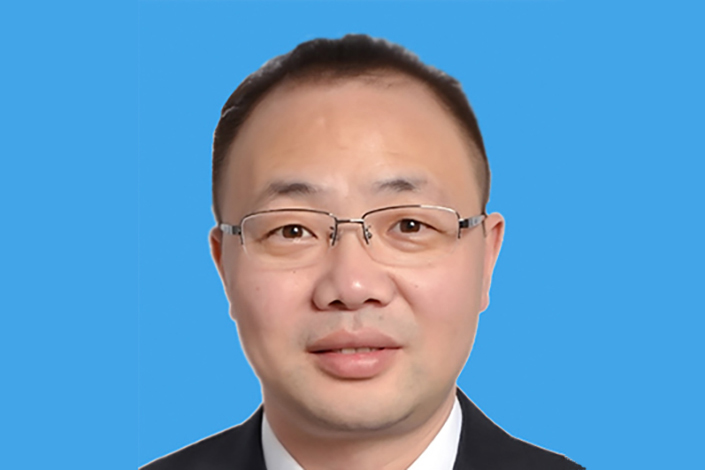 (Beijing) — In one of the most severe civil punishments it has meted out to an individual, China’s securities regulator late last month fined a lawyer-turned-investor more than 3.48 billion yuan ($505.4 million) and barred him for life from the securities industry.

The China Securities Regulatory Commission (CSRC) accused Xian Yan, 42, of violating information-disclosure rules regarding the transfer of controlling equity stakes and changes of a company’s name and business profile — violations that regulators said misled investors about the nature of the company’s business. The regulators also said Xian manipulated the share price of the company he controlled.

According to the China Securities Law, violations of information disclosure rules can carry a maximum fine of 600,000 yuan. Those who manipulate the securities market can face fines up to five times the amount of their illicit gains, which can also be confiscated. This suggests Xian may have received more than 500 million yuan in illegal gains.

“Cheating is not uncommon in the Chinese market,” a regulator told Caixin, “but there’s only a once-in-a-lifetime chance to see someone like Xian Yan, who on one hand does careful calculations to get what he wants, and on the other hand is presumptuous and as bold as brass.”

Xian was the latest target of the CSRC as China cracks down on fraud and other violations of securities-market rules in an effort to protect millions of small retail investors. Xu Xiang, a former hedge fund manager widely known in China as “Hedge Fund Brother No. 1,” was convicted in January by a local court in Qingdao, Shandong province, of driving up share prices. Xu was fined 11 billion yuan, the highest-ever fine for an individual committing a financial crime in China. He was also sentenced to five and a half years in prison.

Xian became a lawyer at the Beijing Tianyi Law Firm in 2011 after serving as a board director for several years at Shanghai Binli Investment Consulting Firm and Fine Nine Asset Management Ltd.

In July 2012, Li Yonghong, a little-known capital tycoon, transferred his 11.75% equity stake in Shanghai Duolun Industry, a property developer listed on the Shanghai Stock Exchange, to Xian for 340 million yuan, in a deal that made Xian a controlling shareholder of the company. He became the chairman of Shanghai Duolun a month later.

In September 2012, Xian was put under investigation by the CSRC after failing to file a disclosure document to the stock market about his acquisition of Duolun’s controlling stake. He refused to pay a fine of 300,000 yuan until a local court in Shanghai stepped in and enforced the punishment a year later.

In subsequent years, Xian was probed by the CSRC four times, fined twice and received multiple warnings, most of which were related to disclosure violations. For example, regulators said Xian became a controlling shareholder of Guangxi Future Technology Co. Ltd., a Shanghai-listed company, from July 18, 2016, to Jan. 10. But the company disclosed someone else’s name as the controlling shareholder, which was “inconsistent with facts,” the CSRC regulator said last week.

But perhaps his most notorious move came early this year. It involved 1,001 shareholder proposals that the then-board of directors of Guangxi Future — which the CSRC said was actually controlled by Xian — planned to make in January. Many of the proposals were bizarre or irrelevant to the company’s business. They included a plan to approve employees’ romantic attachments and a proposal on whether the company should support national policies regarding ethnic minorities. One proposal said all board directors should pass the highest level of a national English-language test.

But the extraneous proposals had a purpose. They were put forward at a time when Xian was embroiled in a fierce battle with Shenzhen Ruilai Jiayu Investment Enterprise, a private equity investment firm, over the control of Guangxi Future. Through various purchases of shares for nearly 300 million yuan in total on the secondary market in July, Ruilai Jiayu had become Guangxi Future’s top shareholder, holding 5% of the company’s equity stakes.

It’s unclear what Xian’s stake was in Guangxi Future at the time.

In September, Ruilai Jiayu increased its shareholding in Guangxi Future to more than 10%, a threshold that granted the Shenzhen company the right to convene a shareholders meeting. Its major goal was to remove Guangxi Future’s board and appoint news directors, part of an attempt to control a public company being considered as a shell for a backdoor listing.

But before a shareholders meeting scheduled for Jan. 25, the 1,001 proposals appeared on a website — though they became invalid several days later, after the information disclosure request for the proposals was rejected by the Shanghai Stock Exchange.

“It was simply a scorched-earth policy,” a source from Ruilai Jiayu told Caixin, using a term for a military strategy that means using destructive measures to deny an advancing enemy of anything useful. Xian meant to hamper the process of holding a shareholders meeting, the source said, and thus block the change in the board. However, the meeting was held on schedule, and the appointment of all new directors was approved. One day before the meeting, Xian resigned as Guangxi Future’s securities affairs representative, the official title he had at the company.

The CSRC slammed the proposals incident as not only violating laws but also showing the company directors’ total disdain of the Communist Party, the government, and social ethics. Some of the issues that were tendered for the board’s discussion, for example, were upheld by the nation’s constitution and should not be challenged, the regulator said in an announcement.

Perhaps because of his previous experience in practicing law, Xian’s tough confrontation with regulators was widely considered skillful. People close to the securities regulators told Caixin that when the Shanghai Stock Exchange sent employees to Guangxi Future to collect information, they were all blocked at the door and prevented from entering by Xian himself, who insisted that the exchange had no power to enforce the law.

“He has extensive legal expertise,” said a person close to the regulators, noting that one regulatory issue yet to be dealt with is that the exchanges have no law enforcement power. Instead, it is the local branches of the CSRC that have the right to enforce the law.

Xian came under the spotlight not only for confronting regulators, but also for what the regulators said was his manipulation of the shares prices of the company he controlled.

Shanghai Duolun issued a statement to change its name in May 2015 to Pi Tu Pi, the Chinese characters of which are pronounced “P2P.” Its official translation based on the phonetic similarity to the English-language term for “peer-to-peer” is P2P Financial Information Service Co. Ltd. The new name baffled some market observers, who did not see any connection between the company’s property developing business and online peer-to-peer lending. But P2P lending was a hot new industry, and in the following 10 trading days, the share prices of P2P Financial Information Services jumped 132.76%, with multiple days hitting the daily upper limit of 10% share prices rise.

The CSRC said last week that the company failed to hold a board meeting before the change in its name and business profile, which misled investors about the nature of its business, and undermined their ability to make investment judgments. The regulators said the company did not show any signs of making a foray into the financial industry.

Even before the change of the company’s name, regulators accused Xian of manipulating the share prices of Shanghai Duolun by trading the stocks between several of his own accounts in an effort to bid up the share price, the regulators said.

The CSRC said that it will keep following clues to Xian’s other potential violations found during their investigation, and he will be sent to legal authorities if crimes are found.

Trading in the shares of Guangxi Future and P2P Financial Information have been suspended.