By Jiang Bowen and Coco Feng 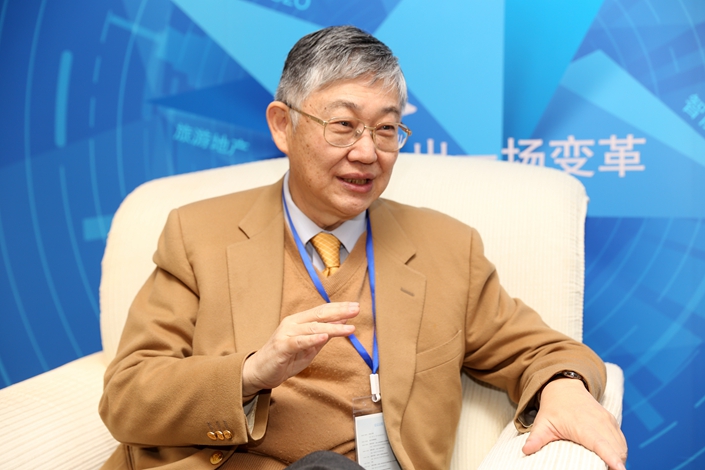 Facing limited land resources and high taxes at home, mainland Chinese developers have flocked to the harbor city in search of opportunities. Firms that include HNA Group, Minmetals Land Ltd. and Road King Infrastructure Ltd. have spent $5.4 billion in securing newly approved land in Hong Kong, accounting for 40% of the total transactions between May 1 and Feb. 24, according to the city’s Lands Department.

“Most developers from the mainland started their businesses from nothing and are very different from their Hong Kong rivals, who inherited companies from previous generations,” said Shih, adding that company founders tend to be more willing to take risks than heirs.

Shih is an entrepreneur himself, a Shanghai-born immigrant to Hong Kong who in the late 1970s founded Centaline Property Agency Ltd., which turned into one of the largest property agencies in the city. He resigned as chairman in 2011 but returned four years later as the company faced fierce competition.

Two decades ago, there were no rivals from the mainland because they didn’t have enough money or management experience. But now, one Chinese company can build more houses than all the Hong Kong developers combined, Shih said, adding that the trend will continue.

Shan Weibiao, chairman of Road King, a Chinese developer that secured land in Hong Kong in late February, said the land-purchase spree is due to tax issues.

“The difference between the tax systems of the two regions results in large profit gaps,” Shan said. In the mainland, besides corporate income tax of up to 25%, developers need to pay a value-added tax of up to 60% on land purchases, while Hong Kong authorities have a tax of only 16.5% on profits.

Mainland companies have set records for land deals in Hong Kong. On Feb. 24, a consortium formed by China’s Logan Property Holdings Co. Ltd. and KWG Property Holding Ltd. purchased a plot of land in Ap Lei Chau, an island connected by bridge to southern Hong Kong Island, for nearly $30,000 per square meter — the most expensive property deal to date.

Although some market watchers see the purchase prices as excessive, Shih thinks that the high offers made by mainland companies are strategic moves enabling them to enter the market.

Shih forecasts Hong Kong property prices to grow by about 10% this year and by 20% over the next two years.