By Li Liuxi and Chen Na 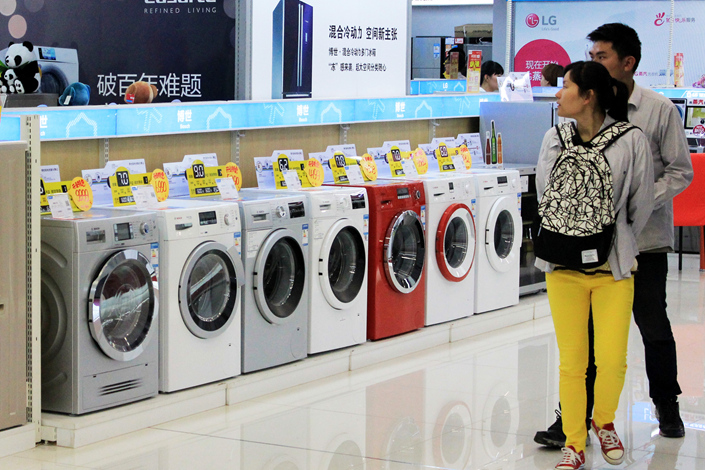 (Beijing) — China’s home-appliance market is showing sign of recovery after months of lackluster sales, but increasing costs could become a drain on manufacturers’ finances.

After months of sluggish sales for the first half of 2016, the home-appliance market started to pick up in late 2016 and has remained strong.

Retail sales of household appliances have increased for five consecutive months, from September through January, and the market is expected to grow 4.5% to 1.64 billion yuan this year, according to consulting firm China Market Monitor.

However, some industry analysts argue that the growth might not be sustainable as costs rise. Prices of raw materials used to produce home appliances, such as steel, copper and plastic, are rising. At the same time, the cost of packaging and shipping is also growing.

GF Securities predicted that home-appliances makers will gradually increase prices of their products by the first quarter of this year, but considering the competitiveness of the market, companies won’t completely pass the costs on to consumers.

Electrical household appliances such as sewing machines and refrigerators were once so valuable in the country that they could be used as dowries in the 1980s and ’90s. But mass production and rising household income have made them common and affordable staples in most households.

After years of breakneck growth, China’s home-appliances market is close to saturation, said an analyst at China Market Monitor. To differentiate their brands from competitors’, manufacturers need to design upscale and customized products to target high-end customers, the analyst added.