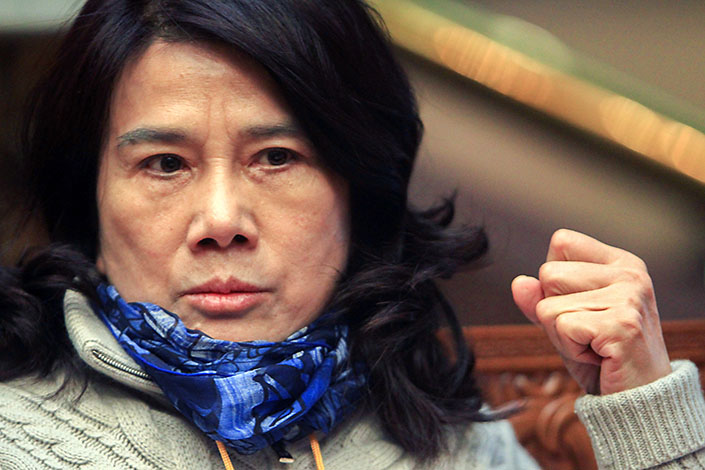 Described as “outspoken” by Forbes, Dong is chairwoman of Gree Electric Appliances Inc., a leading home-appliance maker whose name is synonymous with its air conditioners. She has publicly criticized the country’s supervisor of state-owned firms for meddling in those companies’ affairs when they were making profits and abandoning them when they were struggling.

In a similar list of China’s most influential businesswomen published by Fortune magazine in December, Dong ranked at the top, for her strategy of diversifying Gree’s product lines as air conditioner sales slumped.

Gree staff are looking forward to the company’s performance in 2017 under the leadership of their “iron lady,” the company said in a statement after learning of Dong’s name at the head of this year’s Forbes list.

The ranking takes into account factors that include a company’s head count, revenue, profit, assets, market capitalization and web popularity, according to Forbes.

After Dong, next on the list was Sun Yafang, who joined telecom giant Huawei as a technician before eventually climbing to her current position as chairwoman. Huawei, the world’s third-largest smartphone maker after Samsung and Apple Inc., is the only firm with two female leaders in the top 10. Huawei’s other top female executive is CFO Sabrina Meng at No. 8.

No. 3 was Lucy Peng, executive chairwoman of Ant Financial, one of China’s most-dynamic private financial services companies and the former financial arm of e-commerce giant Alibaba Group Holding Ltd. Alibaba itself was also represented, by chief customer officer Sophie Wu, who came in at 33rd, and Tong Wenhong, president of its Cainiao logistics subsidiary, who came in at 70th.