By Guo Nan and Dong Tongjian 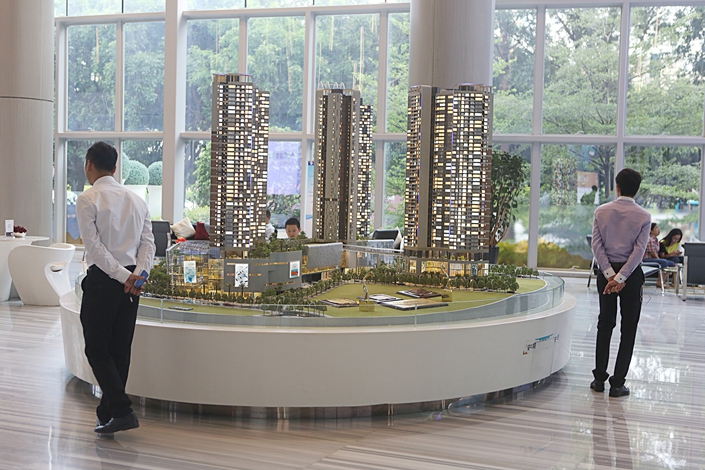 (Beijing) — China’s central bank raised interest rates for its open market operations by 10 basis points on Thursday, a move that analysts said is aimed at cooling the property market.

Meanwhile, the central bank also raised the interest rates on loans offered through its medium-term lending facility (MLF), a tool used to manage liquidity in the interbank market. Interest rates of the six-month MLF and one-year MLF rose to 3.05 percent and 3.2 percent respectively

The changes in the open market rates were not big enough to have an actual effect on the real economy, and the main purpose was to cool the latest frenzy in the housing market, Citic Securities analyst Ming Ming said in a research note. He added that the move is an attempt to squeeze leverage and support bank liquidity at the same time.

As regulators have stepped up efforts to curb property developers’ ability to raise financing by issuing debts and through shadow banking, banks have granted more loans to property developers. Real estate developers raised a total 2.3 trillion yuan ($333 billion) in the first two months of 2017, up 7% year-on-year, according to data released by the National Bureau of Statistics (NBS). Specifically, property developers received 498.5 billion yuan from domestic banks, up 11.5% from the same period in 2016.

In January and February, investment in real-estate development, including commercial and residential property, totaled 985.4 billion yuan, up 8.9% compared with the same period a year earlier, the NBS said.

Unlike changing the benchmark one-year lending rate, which has stood at 4.35% since its last cut in October 2015, the higher rates for open market operations will not affect interest rates of outstanding credit loans, said Zhang Xu, a fixed-income analyst with Everbright Securities, based in Shanghai.

As most property developers incur more debts than other enterprises and are more sensitive to changes in benchmark rates, the open market operations can be seen as a “targeted solution” to address mounting debts in the housing market and head off asset bubbles, Zhang said.