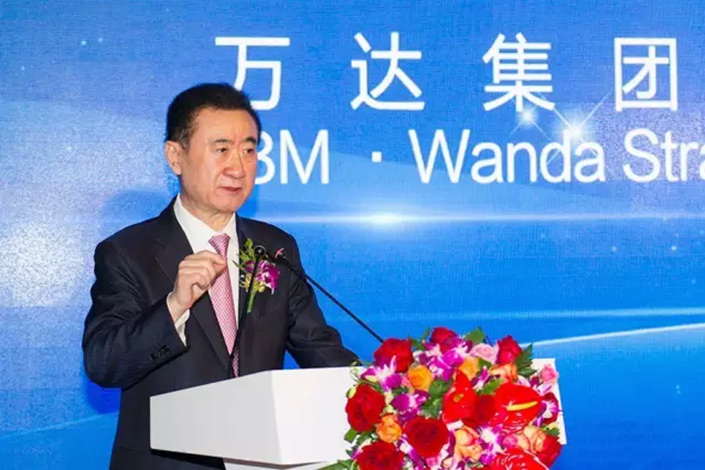 (Beijing) — Global technology giant IBM and the technology arm of Wanda Group said they will form a cloud computing services tie-up, joining a crowded field of companies vying for a slice of a high-growth field that Beijing has tagged as a priority development area.

The alliance will see International Business Machines Corp. provide the main platform infrastructure for a China-based cloud service, including its Watson system, and technologies involving blockchain databases and the “internet of things,” which enables devices to talk to each other over the web, the pair announced on Sunday. Wanda’s Internet Technology Group will deploy the technologies through a national network of cloud data centers.

The partnership will initially offer voice-related services that are part of IBM’s Watson suite, allowing developers to add natural language interactions between apps and customers.

“IBM will continue to innovate on the platform, allowing Wanda to provide cloud services to assist the many Chinese enterprises making the digital transformation,” the pair said.

Wanda rose to prominence on its real estate business, and is a relatively latecomer to China’s internet and cloud computing services. The cloud sector has attracted all of China’s top three internet companies — Alibaba Group Holding Ltd., Tencent Holdings Ltd. and Baidu Inc. — as well as the nation’s three big state-run wireless carriers. Telecom giant Huawei Technologies Co. Ltd. has also joined the race, as have many other smaller players.

Such a herd mentality is common among Chinese companies, which often rush into product areas prioritized for development by Beijing, resulting in frequent boom-bust cycles.

Foreign companies are largely blocked from forming wholly owned China-based ventures due to the sensitivity of the sector. But many, like Oracle Corp. and Microsoft Corp., have entered via tie-ups with local partners. IBM has been in a similar partnership with US-listed data center operator 21Vianet Group Inc. since 2013. IBM declined to comment on whether that tie-up will be affected by the newest partnership with Wanda.

IBM told Caixin last year that consolidation could be coming for China’s cloud computing sector, involving a new generation of alliances between the many companies that had entered the space over the last few years. A company official said that IBM itself had been recently approached about forming such alliances, and that many discussions were taking place at that time.