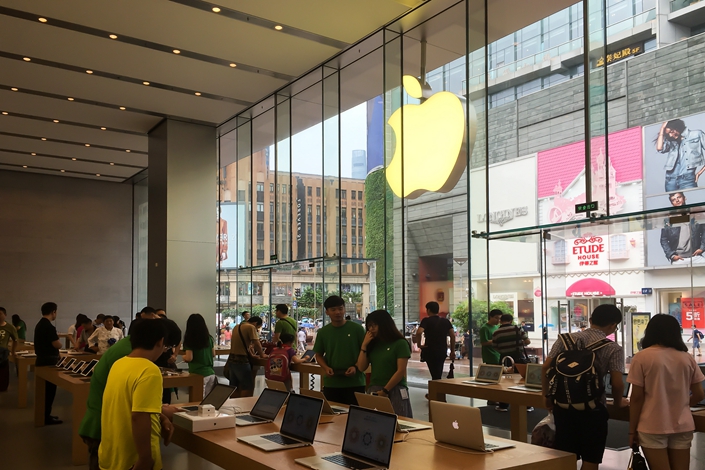 (Beijing) — A Beijing court has dismissed accusations by a Shenzhen firm that said Apple Inc.’s iPhone violated its external-design copyrights.

The case is a victory for the U.S. tech giant as China tries to build up the capabilities of its intellectual property (IP) protection system.

The ruling by the Beijing intellectual property court, announced late Friday on its official microblog, contained two parts, led by the finding that Apple did not violate an external design patent held by plaintiff Shenzhen Baili. The court ruled against Apple in a second claim also related to the case, though that decision became unimportant with the more critical first ruling.

The more important of the two rulings overturned a lower court’s decision last year that Apple’s iPhone 6 models had violated Baili’s patents. That earlier ruling would have banned Apple from selling those models in Beijing, but execution was suspended pending the appeal.

“We have a deep respect for intellectual property and the hard work that goes into inventing products people love,” Apple said in a statement. “Baili has been trying to claim our work as their own, and we thank the Beijing IP Court for recognizing the value of Apple's unique and innovative design.”

At the same time, the Beijing IP court also rejected a separate claim by Apple aimed at countering the original Baili lawsuit. In that case, Apple had sued both Baili and the government intellectual property office that allowed the Shenzhen company to register the design that lay at the center of the original lawsuit. Apple’s action had called the registration invalid.

Apple found itself at the center of one such high-profile case back in 2010, when another Shenzhen company accused it of violating its previously registered iPad name, which Apple uses for its tablet computer line.

In a similar case, U.S. basketball legend Michael Jordan won the rights to the Chinese version of his name in December, ending a protracted court battle with a sporting goods company that had used the name for years.

But Apple has also found itself on the losing end of a number of similar cases, including one last year when it lost a second bid to trademark its Apple Watch logo.

Foreign companies had previously criticized Beijing for its lack of IP protection. The foreign film industry in particular has said that it is losing billions of dollars each year to pirated products. But more recently Beijing has cracked down on such violations, as the nation’s courts and law enforcement become more skilled at handling such cases and also look to protect a growing field of domestic IP developers with similar concerns.