China Works to Establish Quality Standards for Air Filters by 2018 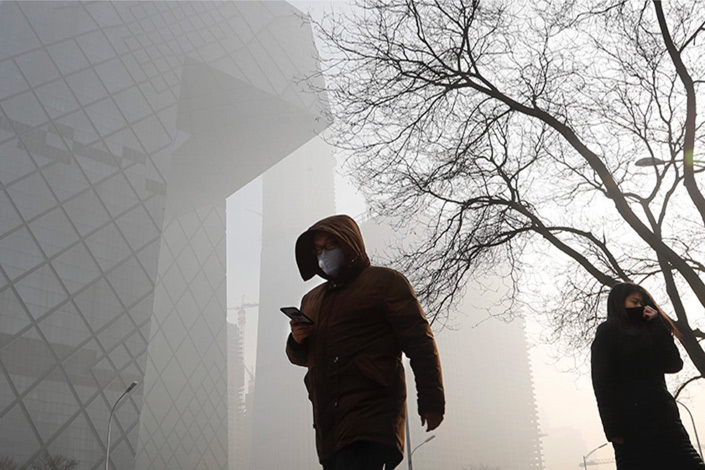 Heavy smog blankets Beijing on Jan. 3. The growing popularity of air purifiers to combat pollution has led the government to work on establishing standards for air filters.

(Beijing) — China plans to issue national standards for air filters by 2018, following an explosion in air purifier sales over the past few years amid heavy pollution in many cities.

The standards will cover two types of filters — those that use strainers, and those that use electrostatic technology, said Zhang Xiao, director of the test center of China Household Electric Appliance Research Institute (CHEARI), the official Xinhua News Agency reported. Filters’ effectiveness will use two key indicators: filtration efficiency, which guarantees the quality of the filtered item; and dirt-holding capacity, which indicates their lifespans.

Severe air pollution across the country has made air purifiers a must-have for many families, and their sales usually surge in autumn and winter when pollution becomes more serious in northern China, where coal is used to power heating systems. Worsening air quality has become a widely discussed topic since 2013, when the average number of days with high levels of toxic smog in China reached record highs.

In 2014, the number of air-purifier brands in the market jumped to 556 from 151 a year before, according to Daxue Consulting. The market for air purifiers in China is projected to grow at around 18% per year between 2016 and 2021, according to market research firm TechSci Research.

As home-appliance makers rush in to grab a piece of the lucrative market, more consumers are questioning whether the equipment really makes a difference. China issued quality standards for air purifiers in 2002, but it wasn’t until March 2016 that the standards were revised to include two major indicators — clean-air delivery rate, which measures cleaning ability; and another benchmark to ensure that purifying levels remain consistent over a set period of time.

When China’s quality watchdog checked over 60 different household air purifiers last year, they found that a quarter of them didn’t meet the new national standards, according to a report by the General Administration of Quality Supervision and Quarantine in October.

But the revised 2016 standards have helped eliminate over 100 substandard brands from the market, Lu Jianguo, director of test technology institute of CHEARI, told Xinhua.

Although filters are a major component of air purifiers, they haven’t been standardized, and consumers don’t have benchmarks to refer to when they replace filters every few months.

The negative effects of poor quality filters are not immediate, but they will influence users’ health in the long run, said Wu Zhigang, Asia sales manager of International Filter Testing Services, a third-party filter test service provider based in France.

The new standards are expected to shake up the market, leaving only the better-quality filter manufacturers, a representative from TechSci Research said.