By Chen Na and Yang Yanwen 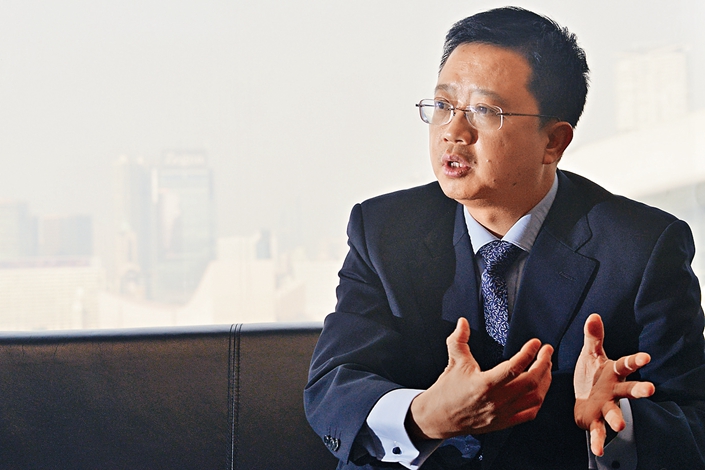 Liang Xinjun, CEO and vice chairman of Fosun Group, has resigned after a quarter-century at the helm of the company. Liang cited health reasons as the reason for his departure. Photo: IC

The announcement was made in a statement to the Hong Kong Stock Exchange on Tuesday night.

Liang, 48, co-founded the company in Shanghai with Chairman Guo Guangchang and other members in 1992 and has helped turn the company into a global acquisitive conglomerate, whose businesses include Portuguese bank Banco Comercial Portuges and One Chase Manhattan Plaza in New York City. Wang Qunbin, another executive director, will replace Liang as CEO.

“Now, looking back, I’m thinking this is like climbing mountains,” Guo said in a letter to employees that addressed Liang’s resignation. “Sometimes I don’t consider if other people are tired. … All I have been thinking is that the team can walk farther together. But in reality, some team members now need to take a break.”

The resignations of Liang and Ding will have some impact on the company in the short term but “we have to turn bad things into good news,” Guo told reporters and analysts in Hong Kong on Wednesday.

The personnel reshuffle was announced shortly after the company released its annual earnings report. Its profit hit a record high of 10.27 billion yuan ($1.49 billion) in 2016, a year-on-year increase of 27.7%.