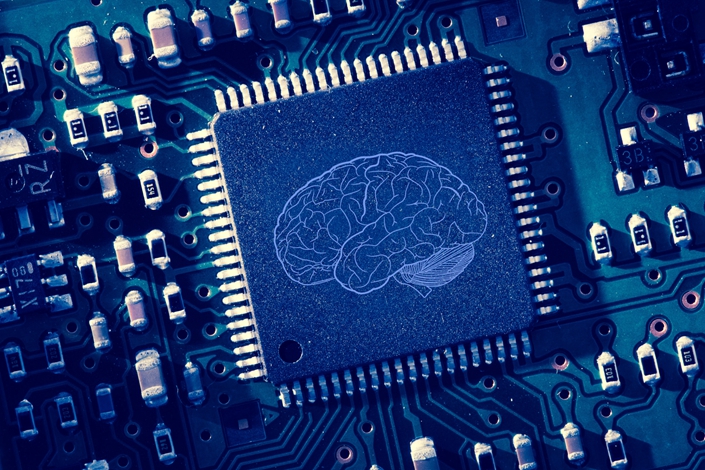 Most people have experienced how certain smells can bring back unexpectedly vivid memories.

Professor Zhang Xiaohui’s team at Beijing Normal University’s State Key Laboratory of Neuroscience and Learning has recently uncovered new information on why and how this happens.

The team’s paper on olfactory associative learning, or how smell affects memory and emotions, was published this month on the website of international journal Nature Neuroscience, and will appear as the cover story of the journal’s print edition in April.

The close relationship between smell and memory has been studied by neuroscientists for decades, and the olfactory system’s close proximity to memory processing centers in the brain is well-documented. But Zhang’s team has used recently developed optogenetic technology to show for the first time what individual neurons do when the brain pieces together spatial and nonspatial information about a new environment.

Zhang’s project is a sign that China’s neuroscience labs are catching up with top institutes elsewhere in the world, Tsinghua University professor Guan Jisong told Caixin.

The Beijing Normal University researchers’ work builds on a discovery made by John O’Keefe at the University College London in 1971. O’Keefe found that a specific group of brain cells, which he called “place cells,” were activated when the brain was in particular spatial positions and were key in helping the brain figure out where it was in relation to its environment.

Norwegian scientist May-Britt Moser and her husband, Edvard, who both worked for O’Keefe as postdoctoral fellows in the 1990s, later discovered the “grid cells” that communicate with place cells to form a sort of internal “GPS.” O’Keefe and the Mosers were awarded the Nobel Prize in physiology or medicine in 2014.

Place cells are found in the brain’s hippocampus, which is a seahorse-shaped structure in the medial temporal lobe and the key center for forming and consolidating certain types of memory. Humans have two hippocampi, located in the brain’s left and right hemispheres, and the information they receive comes mainly from the entorhinal cortex, where grid cells are located.

The hippocampus became central to our understanding of memory after Canadian neuropsychologist Brenda Milner reported in 1957 the unusual case of Henry Molaison, a patient with severe epilepsy.

Molaison had most of his hippocampi removed at the age of 27 to treat his seizures. After the operation, Milner found, Molaison was no longer able to form new long-term memories. Yet he maintained a well-functioning short-term memory, and could even recall events from his childhood. The key to Molaison’s strange condition seemed to lie in his missing hippocampi, and his case resulted in decades of intensified attention on the hippocampus’s role in memory formation.

The hippocampus is now recognized by scientists as a sort of conversion station in the memory process. When neurons in the cerebral cortex receive sensory or perceptual input, the message is passed on to the hippocampus. If the hippocampus reacts, the neurons begin forming a long-term memory; if there is no reaction from the hippocampus, the information received by the brain in that moment eventually vanishes forever.

“The kinds of memories influenced by the hippocampus are quite unique,” professor Lin Longnian of the East China Normal University told Caixin. The hippocampus only encodes declarative (or explicit) memory, but not procedural (or implicit) memory.

When you remember the first time you successfully rode a bike, you are accessing a declarative memory — a memory that tells you what you experienced in the past. But every time you get on a bike and repeat the actions you learned on that first ride, you are accessing procedural memories — stored information on how to do something, which can even resurface without your becoming conscious of it.

Pathway to the hippocampus

Zhang’s team wanted to know the exact pathway taken by information from grid cells in the entorhinal cortex as it travels to place cells in the hippocampus, when the brain forms a long-term, declarative memory.

To do this, they trained rats to navigate specially designed environments characterized by distinctive odors, and observed what happened when they switched particular neurons on and off using optogenetic technology developed by Stanford researchers in 2005.

This technology involves inserting a photosensitive algae protein into brain cells, where the protein acts as a switch that can excite or inhibit the cell depending on the specific wavelengths of light it is exposed to.

Low time resolution is a major limitation in older methods of measuring brain activity, Li Chengyu, a co-author of the Nature Neuroscience paper, told Caixin. But optogenetic technology allows researchers to activate or inhibit individual neurons, and observe changes in the brain at the millisecond level, making it easier to detect near-instantaneous processes.

Rats have a particularly well-developed sense of smell, which is why Zhang’s team decided to focus on olfactory associative learning.

When the brain is exploring a new environment, Zhang told Caixin, it not only tries to determine its own position, it also pieces together nonspatial information (like color, smell, and size) to form a coherent picture of its surroundings.

Zhang’s team eventually found that different neurons in CA1, one of four regions of the hippocampus, respond when the hippocampus receives excitatory and inhibitory projections from grid cells in the entorhinal cortex.

In other words, not all place cells are the same. Complex place cells, unlike their simple counterparts, can simultaneously receive spatial and nonspatial information, Zhang said, so his team suspects these complex cells may play a leading role in the eventual formation of long-term declarative memories.

The researchers also found that the brain’s system for forming these memories is incredibly plastic. When the researchers inhibited the usual olfactory associative learning pathway in rats’ brains, the animals’ ability to learn about their environment was only temporarily affected.

“Neuroscience and brain research” is one of four major arms of the Scientific and Technological Innovation 2030 plan announced by China’s State Council last year. Following in the footsteps of the EU and the U.S., which have made large investments in neuroscience, China has drafted its own national “brain plan,” which will focus on the prevention and treatment of neurodevelopmental diseases, psychiatric disorders, and neurodegenerative diseases including dementia.

But even before the 2030 plan was announced, China’s scientists had come a long way since the country’s first dedicated neuroscience organizations were set up in the 1990s.

The amount of science funding available in China has increased each year between 2000 and 2011 by about 20%, according to international journal Current Biology. And increasing numbers of Chinese scientists working abroad have been returning home in recent years to join rapidly expanding neuroscience departments at top universities.

Zhang’s paper, the latest product of China’s burgeoning neuroscience scene, was met with acclaim after its submission last year and subsequent rounds of peer review.

Bi Guoqiang, of the University of Science and Technology of China told Caixin that, aside from olfactory associative learning, many other types of learning and memory formation are likely to involve similar processes to those Zhang’s team discovered.

But Zhang is modest about his team’s discovery. “We have only opened a small window, and glimpsed a tiny part of the brain’s complex mechanisms,” he said.