Panda Released Into Wild Found Dead After Attack by Animals

By Yuan Suwen and Wu Gang 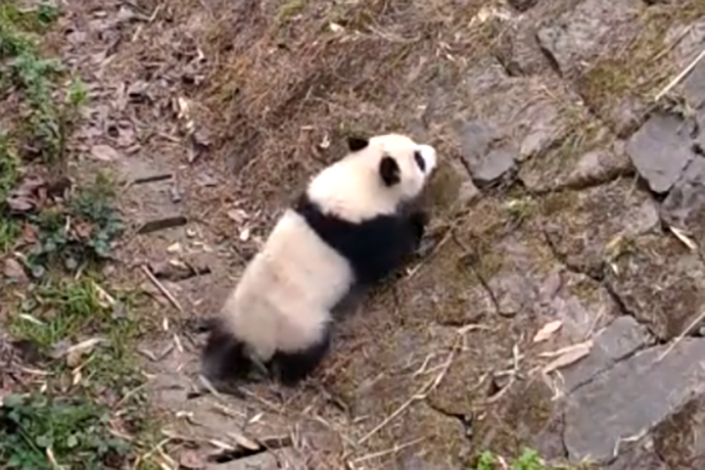 (Beijing) — A domestically raised panda released into the wild in July was found dead two months later, apparently after being attacked by unknown animals.

The 3-year-old panda, He Sheng, was found dead in Ya’an, Sichuan province, on Sept. 27, with wounds to his right shoulder, ear and leg, the Chengdu Research Base of Giant Panda Breeding said this week on its official Weibo account. An autopsy found the panda had died from infection.

He Sheng was released into the wild last July along with a female panda named Qian Qian. The pandas had gone through a program to help them move from a domestic to natural environment.

He Sheng was safe and healthy on Sept. 11, when researchers spotted him at a location 3.5 kilometers from where he was initially released. At that time, the panda appeared to be able to drink and eat on his own.

The Chengdu panda breeding center said it was “deeply sorry and sad” for the loss.

After finding He Sheng dead, Qian Qian was captured and taken back to a semi-wild reserve area, where she now lives.

“Qian Qian has been feeding on wild bamboo by herself during this period of time, and she’s doing well and is healthy now,” the research base said in its statement.

China started to train pandas to live in the wild in 2006 in order to help the species improve its survival skills. But survival rates are not high.

In April 2006, a panda named Xiang Xiang was released into the wild at the Wolong nature reserve in Sichuan after three years of wildness survival training. But 10 months later, it was found dead. It was believed to have fought with a wild panda, and fell from a height while it was trying to escape.

In October 2014, panda Xue Xue was released at Liziping reserve in Ya’an, and found dead a month later.