Reebok Set to Launch 50 FitHubs in China this Year 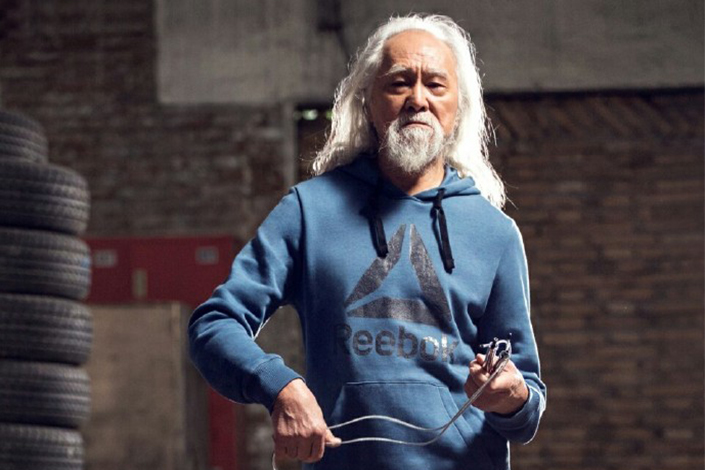 Wang Deshun, an actor known as "China’s 'coolest grandpa," has been recruited by Reebok as a product ambassador in the country. Photo: Reebok

(Beijing) — Sporting brand Reebok is planning to expand in China with the launch of 500 stores by 2020 — 50 of which will open this year — amid a growing interest in health and fitness in the country.

Reebok, which is owned by Adidas AG, has already opened seven fitness concept stores, named FitHubs, in the past few months in Chinese cities that include Hangzhou and Qingdao. The special outlets integrate retail, fitness and offline activities.

Chad Wittman, Reebok Greater China general manager, said there is no better market for a fitness brand to dive into than China, according to the company statement.

China has recently been pushing the sports sector, an action led by President Xi Jinping, a big soccer fan. The central government has unveiled plans to develop the country into an international soccer powerhouse by 2050, and the prestigious Tsinghua University has said that it will not issue diplomas to new students if they cannot swim.

Reebok is collaborating with Belle International Holdings Ltd., a leading footwear retailer in China, to expand its current network by 2020 to 500 stores, the company announced in a statement Tuesday.

It has also recruited some well-known fitness figures as ambassadors, one of whom is 81-year-old Wang Deshun, an actor dubbed “China’s coolest grandpa,” who started working out at 70. Other ambassadors are actress and singer Yuan Shanshan and teenage actor Wu Lei, both of whom are well-known for their athletic lifestyles.

Reebok’s sales increased 6% in 2016, the largest annual gain since the brand returned to growth in 2013, according to Adidas’ annual report.