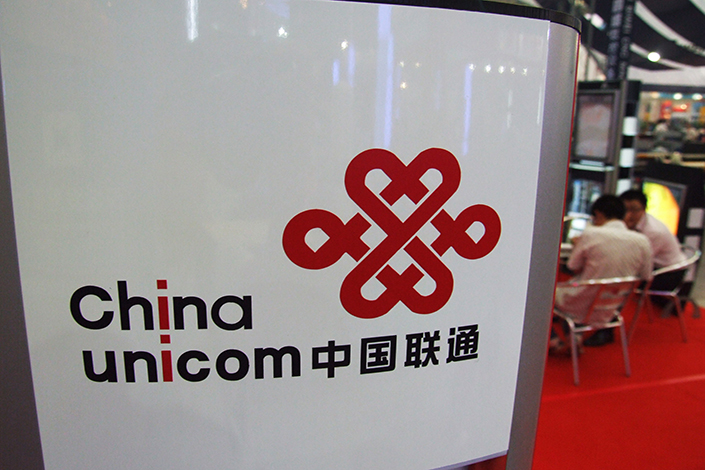 (Beijing) — Shares tied to China Unicom fell in Hong Kong in early trading on Thursday after the company said its Shanghai-listed unit could become the vehicle of a government pilot program that aims to bring private money into state-owned enterprises (SOEs).

Shares of China Unicom (Hong Kong) Ltd. were down 1.3% in Hong Kong about an hour into the trading session, while trading had yet to resume for Shanghai-listed China United Network Communications Ltd. Both stocks were suspended the previous day pending an announcement.

Unicom, the nation’s second-largest wireless carrier, is one of a handful of companies selected to participate in a mixed-ownership reform pilot program being rolled out by Beijing. Many were waiting for word on Unicom’s choice of program partner, which is expected soon.

Unicom didn’t disclose any names, but said it was likely to change the share structure for its Shanghai-listed company under the program.

“The significant matters may involve using … the controlling shareholder of the ‘Unicom A-share company’ as a platform for the mixed-ownership reform and may potentially involve a change in the shareholding structure of the Unicom A-share company,” Unicom said in a statement released Wednesday evening through the Hong Kong stock exchange.

Unicom added that its mixed-ownership plan is still under discussion, and that the company will make future announcements as developments occur. Previous reports had indicated Unicom had finalized its plan for mixed-ownership reform and submitted it to the nation’s telecom regulator for approval.

The company has partnerships with all three of China’s top three internet companies, leading many to speculate its final partner choice could be Alibaba Group Holding Ltd., Tencent Holdings Ltd. or Baidu Inc.