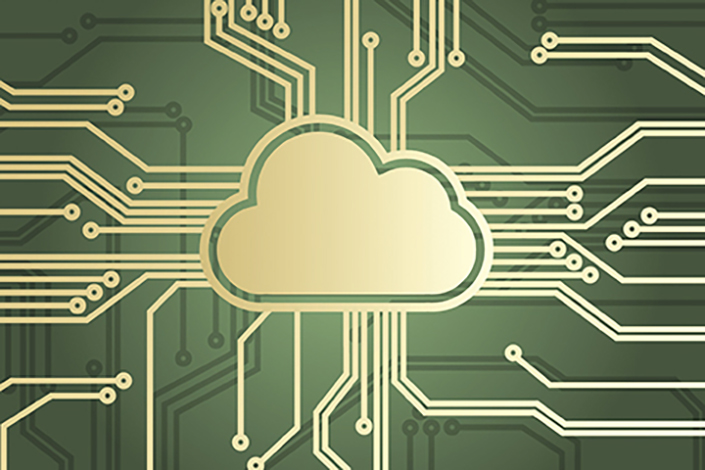 The Chinese government predicted Monday that the nation's cloud computing industry is expected to be worth 430 billion yuan ($62 billion) by 2019. Photo:Visual China

(Beijing)—The cloud computing industry in China, worth about 150 billion yuan in 2015, is expected to skyrocket to 430 billion yuan by 2019, with a few key Chinese firms becoming players in the global market, the government said on Monday.

The industry grew by 30% in 2015, and leading companies nearly doubled their revenue last year. But major obstacles, including redundant data centers, and the lack of a legal framework ensuring data security, present challenges for the sector, according to the Ministry of Industry and Information Technology.

In a three-year plan issued by the ministry, authorities forecast strong growth for the industry as a whole and said it would offer support for cloud services provided to manufacturing enterprises and government offices.

“Cloud services can help producers make the digital transformation, and other companies, of all sizes, can benefit as well by offering software and information services,” chief researcher of the information center of the State Council’s development research center, Li Guangqian, told government-backed newspaper Economic Daily.

Tencent Holdings Ltd. and China Telecom have won similar bids to provide internet-based cloud services to the Xiamen and Liaoyang city governments, respectively, for as little as 0.01 yuan.

Li also noted increasing consumer demand in cloud computing. In a market with 731 million internet users, the size of the consumer cloud-service market reached about 52 billion yuan in 2016, and is expected to surpass 69 billion yuan this year.

“An explosive level of growth is coming soon,” he said.

The new but rapidly growing market has lured domestic and foreign tech giants to invest billions of dollars for a slice of an ever-crowded field–one that Beijing named as a priority in its 12th Five-Year Plan.