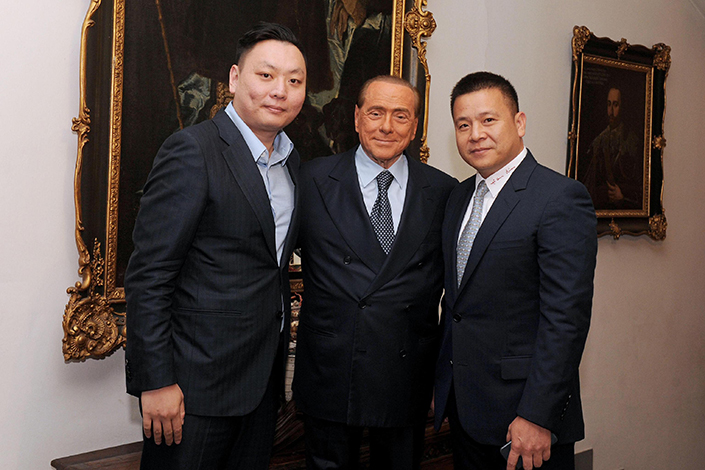 (Beijing) – A Chinese consortium led by low-profile businessman Li Yonghong has finally got its hands on Italian soccer team AC Milan, marking the end of a protracted deal plagued by setbacks which took eight months to complete.

The 740 million-euro ($788 million) purchase by Li’s vehicle, Rossoneri Sport Investment Lux, from Fininvest, the holding company of businessman Silvio Berlusconi, was completed on Thursday, the companies said in a joint statement.

Rossoneri, which is also the Italian nickname of AC Milan, reaffirmed its commitment to strengthen the club’s finances through a recapitalization and a cash injection, the statement said.

“Today we have completed a key step in the path to (AC Milan’s) rejuvenation,” Li, the chairman of Rossoneri, said in a statement. “We promise step-by-step to restore this legendary team to the top of the world.”

AC Milan is one of Italy’s most successful soccer clubs, winning the UEFA Champions League seven times and the domestic Serie A league 18 times. But the team has lost its shine, failing to win the Serie A title since 2011 and currently languishing sixth in the league. The club reported a loss of 93.5 million euros in 2015 and Berlusconi said his company couldn’t stump up the investment needed to compete with other top-flight European clubs.

Rossoneri’s purchase of AC Milan is the latest in a series of deals by Chinese companies looking to grab a share of the European soccer market. Suning Sports Group, the sports arm of retail giant Suning Commerce Group, last year bought a 70% stake in rival club Inter Milan for 270 million euros.

A consortium led by China Media Capital Holdings announced in December 2015 that it was paying $400 million for a 13% stake in the owner of the Manchester City soccer franchise, and earlier that year Dalian Wanda Group, owned by billionaire Wang Jianlin, paid $52 million for 20% of Spanish soccer club Atletico Madrid.

As of September 2016, Chinese investors had spent more than 1.8 billion euros buying stakes in 15 European soccer teams, spurred by President Xi Jinping’s call for China to become a soccer power. But the frenzy caught the attention of regulators and the state-owned People’s Daily warned in September about “the potential for a bubble.”

Chinese authorities also stepped up scrutiny of outbound investment to prevent speculation and the use of such deals as a cover for moving money overseas.

The AC Milan deal has been dogged by controversy and delay. The original bid vehicle used by Li Yonghong, then a little-known businessman, was Shenzhen Jieande Industry Co. Ltd. Although when the deal was announced in August 2016 it had been replaced by another company controlled by Li, Sino-Europe Sports Investment Management Changxing Co. Ltd., it later emerged that Shenzhen Jieande was found to have falsified bank documents that promised financial support for the deal.

The purchase was supposed to be completed in December but the deadline was extended as Sino-Europe struggled to raise funds amid reports that it was having difficulty getting regulatory approval to remit money from China, and that some backers had pulled out.

In December, Li set up a new Luxembourg-registered vehicle, Rossoneri, to take over Sino-Europe’s role and speed up the deal. But funds for the acquisition had to be raised overseas instead of in China, which led to further delays and to a frenetic few months of negotiations. “The buyers were only getting two or three hours of sleep a day,” a person close to the deal told Caixin.