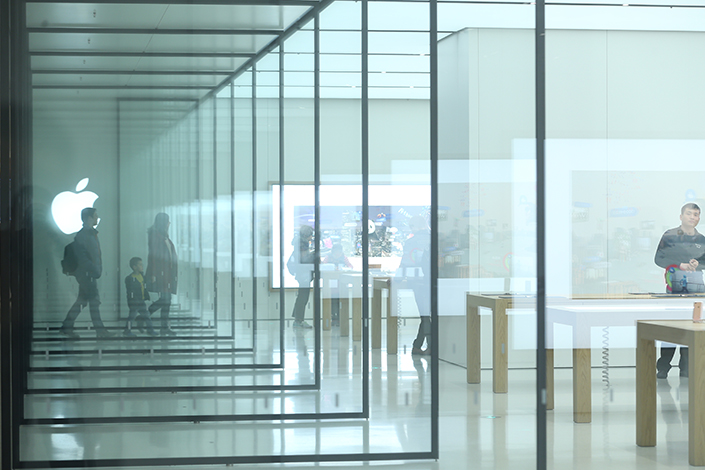 As of Thursday in China, Apple had yet to comment on a Beijing Cyberspace Administration summons the tech giant was issued two days earlier over its livestreaming apps. Photo: IC

As of Thursday in China, Apple had yet to comment on a Beijing Cyberspace Administration summons the tech giant was issued two days earlier.

Neither was it clear when regulators and company representatives might meet to discuss livestreaming apps downloadable from Apple’s App Store.

The company representatives, whose apps are available on the Apple and Android platforms, were asked to bar livestreaming and videos posted by content providers containing provocative content. Both companies agreed to cooperate.

About 25 such apps were available in China six years ago, according to a report by the search engine Baidu. The number had grown to 116 as of July 2016, and many more of these apps are thought to be operating today.

The nation’s livestreaming app audience totaled about 344 million people, or 47% of all Internet users in China, at the end of 2016, according to a report by the China Internet Network Information Center.

A young woman who recently livestreamed herself through the Huoshanzhibo app changing clothes at 3 a.m. resulted in app viewership quickly spiking, according to a broadcast news report Sunday on state-run CCTV.

The television report came two days before regulators told Huoshanzhibo and other app operators to clean up their content.

Apple was the only app platform cited in the cyberspace administrator’s latest statement, although China’s Android stores offer livestreaming apps as well.

Apple’s iPhone, the only smartphone that can access its China App Store, controls 11% share of the China market, according to market data tracker IDC.

However, a Caixin search Thursday found seven of these 18 apps still available for downloading from Apple’s China store. An Android store operated by Huawei was offering none of the banned apps, though, while another popular Android platform called Wandoujia offered one app.

Apple did not respond to a Caixin request for comment.

Livestreaming app providers Huoshanzhibo and Huajiao said on their official Weibo blogs that they will improve monitoring and crack down on provocative content.

“The livestreaming industry has just reached a nascent stage, and all operators have to tap into the legal gray areas to grab users’ attention,” said Wang Sixin, a professor at the Communication University of China who heads a research center on cyberlaw and intellectual property.

Last year, the government took steps to clean up the industry by ordering livestream platforms to verify the identity of every user by requiring personal information such as mobile phone numbers.