By An Limin, Song Shiqing 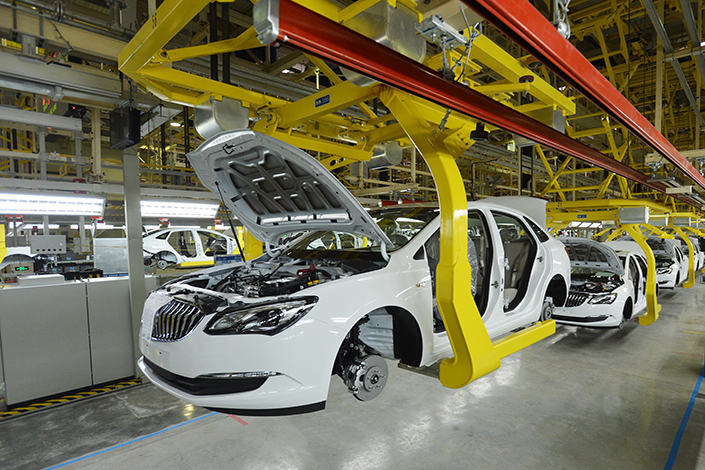 Speaking at an interview with Caixin ahead of this weeks’ Shanghai Auto Show, Wang said a sales price war had started in March, a month earlier than last year, as car dealerships rushed to slash prices in a bid to shift growing stock inventories.

Despite recent upbeat data from the China Association of Automobile Manufacturers showing a growth in factory-to-dealer sales of 4.6% in the first quarter, retail sales volumes for dealerships had largely remained unchanged, Wang said.

Joint-venture carmakers also face a growing threat to their bottom line from domestic rivals like Great Wall Motors Co. and JAC Motors., which have expanded their share in the world’s largest auto market by meeting the fast-growing demand for sports utility vehicles (SUVs) in recent years.

Nearly 9.2 million SUVs have been sold in the past year, an increase of 45.7% from 2015, according to data from the China Passenger Car Association, as their popularity and affordability continues to grow.

“For the kind of money that previously only bought you a sedan — about 120,000 yuan ($17,430) — you can now afford to buy a large sports utility vehicle. This has led to a sharp decline in sedan sales,” Wang said.

Given these market pressures, a number of joint-venture manufacturers and their dealerships have been forced to join in on the act. In April, Changan Ford became the first carmaker to announce special deals this year, offering price reductions of between 5,000 and 18,000 yuan on its Ford Maverick SUV model.

In March, Audi, SAIC, and FAW Group Corp. dealerships all slashed their prices sharply. All of Audi’s main models are on sale currently, with the price of some models being cut by as much as 200,000 yuan, according to recent posts by dealers on major online car sales websites.