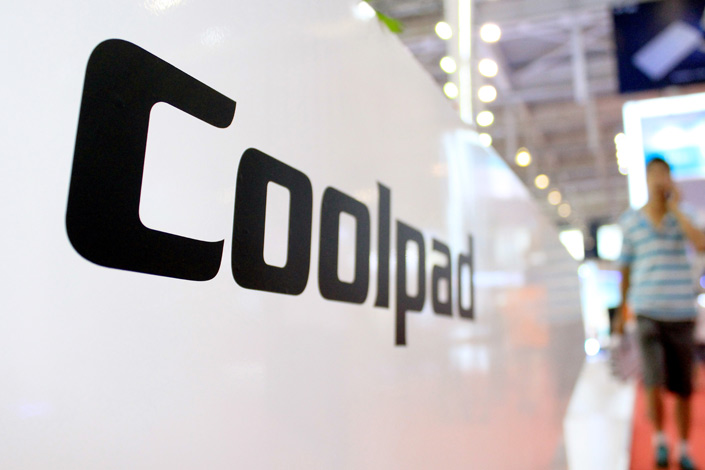 (Beijing) – Coolpad Group Ltd., the smartphone maker backed by struggling online video company LeEco, said its losses mounted in the first quarter of this year and will continue to grow through June as it struggles with stiff competition and plunging sales.

Coolpad said it posted an operating loss of about HK$460 million ($59.2 million) this year through March 31, and expects to post an operating loss of HK$600 million to HK$800 million in the first half of the year, according to a statement to the Hong Kong Stock Exchange after markets closed on Friday. It added that it expects its sales for the first half of this year to fall by more than 50%.

“The estimated decline in operation results is mainly due to the fierce competition in the market and the fact that the company hasn’t yet launched its new and competitive products in the pipeline of this year, which led to a decline in its sales,” Coolpad said in a statement.

The company’s Hong Kong-listed shares have been suspended since the beginning of the month after it said it might miss a March 31 deadline for filing its annual results due to a request to provide more information to its auditor. The stock has lost about half its value over the last six months, following LeEco’s admission in November that it had expanded too quickly and needed to conserve cash.

LeEco first became a major stakeholder of Coolpad in 2015, and boosted that to 29% last year, becoming the smartphone maker’s largest shareholder.

Coolpad said in November that it expected to post a loss of about HK$3 billion in 2016, reversing a HK$2.3 billion profit in 2015. It made the estimate based on a 43% slide in sales during the first 10 months of last year, due to stiff competition and also its own lack of new products.